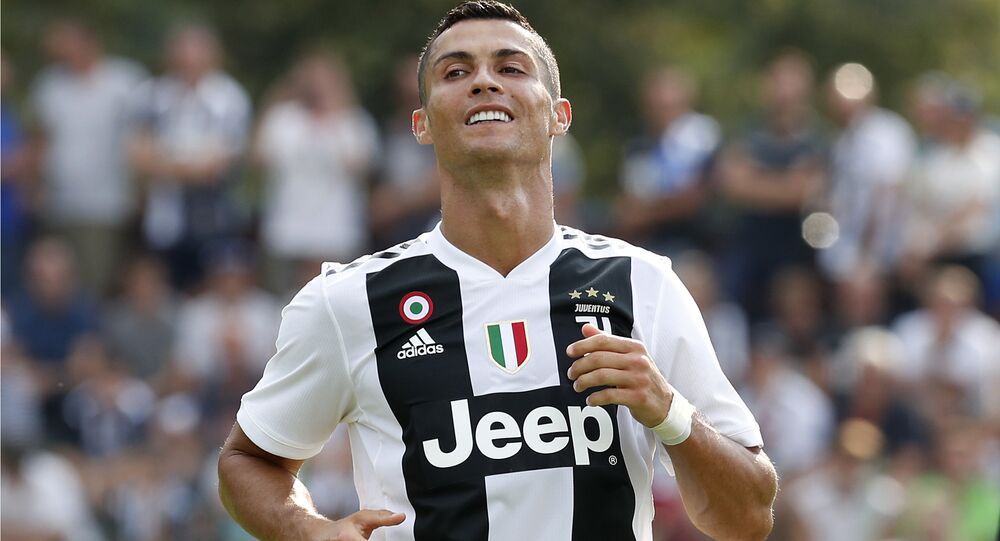 Juventus were set to drop points for the first time this season, with recently promoted Frosinone holding the serial Serie A champions to a goalless draw deep into the second half of their showdown on Sunday evening.

New signing Cristiano Ronaldo scored the pivotal goal in Juventus’ away fixture against underdogs Frosinone to give his club the lead in the tight match, bouncing back from his sending off against Valencia last week.

Juventus were looking to ease through the game, with their opponents having been thrashed 5:0 in their previous fixture and only returning to the Italian top topflight this season after being relegated a couple of years ago.

However, Frosinone proved difficult to break down, with all outfield players almost solely focused on defending their goal to get a point out of the massively one-sided battle.

© AP Photo / Antonio Calanni
Ronaldo Scores His Second Goal for Juventus Against Sassuolo
Manager Massimiliano Allegri’s side were without the electric Douglas Costa, who wasn’t available for selection as he is serving a four-game match ban for spitting and headbutting another player, and recently picked up an injury.

Furthermore, Allegri opted to rotate the squad for the seemingly easy game to rest key players for more important matches, in both Serie A and the Champions League, though he ultimately ended up bringing on Federico Bernadeschi and right back Joao Cancelo to bolster his team’s attack.

Ultimately, it was Ronaldo who struck the back of the net, scoring in the 81st minute of the game, before Bernadeschi put the game to bed with a second goal in the fourth minute of added time.

The Beast is Back

Front page of Gazzetta, Corsport and Tuttosport headline on Juve's 2-0 win over Frosinone with Cristiano Ronaldo and Federico Bernardeschi taking the plaudits. pic.twitter.com/CL6AxsfdWb

Juventus will next play Bologna as they look to maintain keep their Serie A winning streak going, before battling Napoli in a game which should be their biggest challenge yet of the 2018/2019 season.