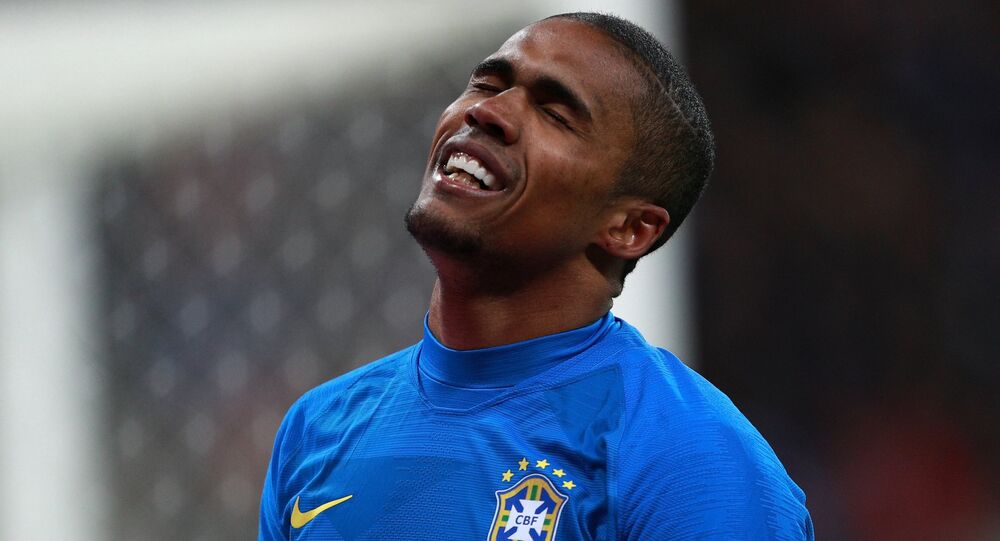 The Brazilian winger has been on the receiving end of criticism from Juventus fans and the wider football community for physically assaulting and spitting on a fellow footballer during a Serie A fixture.

Juventus’ Douglas Costa has been handed a four-game ban for elbowing, headbutting and spitting on a rival player during the club’s home game against Sassuolo on Sunday, in which Cristiano Ronaldo bagged a brace for his new club.

Costa initially received a yellow card but was sent off just minutes later after the VAR team reviewed the incidents and deemed a red card necessary.

In the post-match interview, Juventus manager Massimiliano Allegri described Costa’s conduct as unacceptable and said the 28-year-old will be receiving a fine from the club for his actions, in addition to any external disciplinary action.

Costa apologized for his “ugly actions” earlier this week via his official Instagram page.

The matter has been extensively debated by football fanatics, with some calling for a harsher penalty, while others have suggested the community should move on following Costa’s apology.

The four-match ban, issued by the Italian Football Federation, will only apply to matches under the body’s direct scope, so Costa will be available to play in today’s UEFA Champions League away game against Valencia.

Ronaldo, the tournament’s record goal scorer, is likely to feature in the team’s starting 11 against Valencia, and the club will be hoping for him to lead them to the trophy to cement their position as one of Europe’s top football teams.