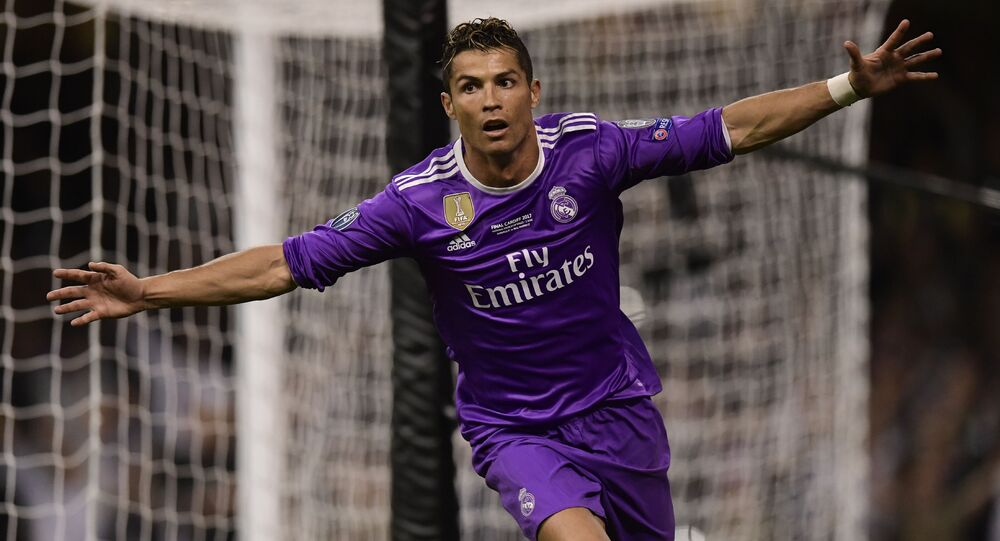 According to Spanish newspaper Marca, the Portugal international is angry with the club’s offer to extend his contract, which he views as a veiled hint for him to quit.

Madrid’s management has offered the forward a contract whereby he could earn 25 million euros ($29.5 million) a year, while Ronaldo has insisted on a yearly salary of 30 million euros ($35.4 million).

© Sputnik / Grigoriy Sisoev
Portugal Midfielder Fernandes Says Ronaldo Fully Focused on FIFA World Cup
On June 2, Corriere dello Sport reported that Ronaldo planned to stay on if he is paid 80 million euros ($94.4 million) a year, and has hinted that he could leave Real following the team’s Champions League win.

Cristiano Ronaldo has been with the Madrid club since 2009.

Ronaldo is currently training with the Portuguese national squad, who are gearing up for the upcoming World Cup in Russia.

Portugal will get their World Cup campaign underway against Spain with Morocco and Iran next in line.

The 2018 FIFA World Cup will take place at 12 stadiums across 11 Russian cities, including Moscow, St.aint Petersburg and Sochi, from June 14 to July 15.