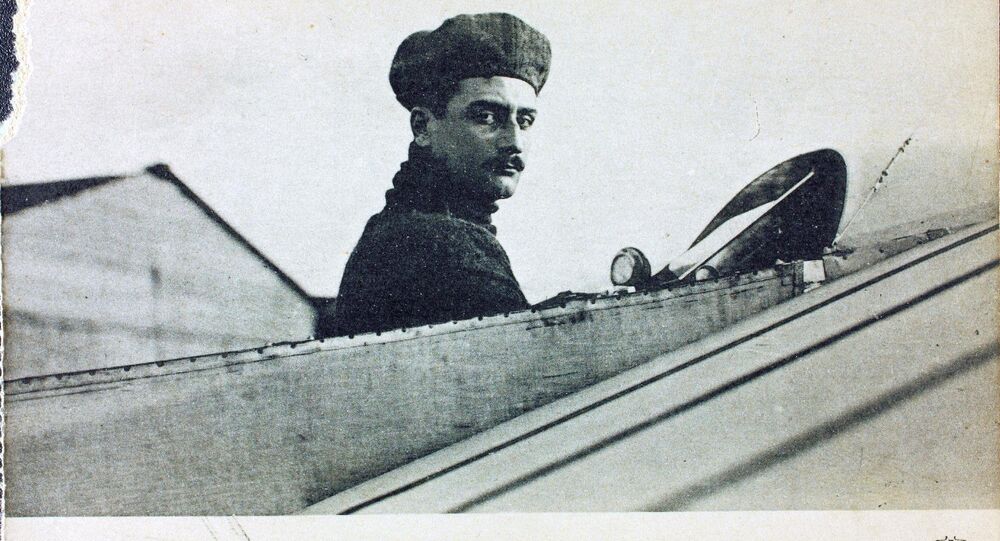 Why is French Open Stadium Named After a War Hero Who Didn't Even Like Tennis?

The French Open came to an end at the Stade Roland Garros in Paris at the weekend with victory for Simona Halep and Rafael Nadal. But who was Roland Garros and why is his name forever linked with tennis?

In the spring of 1918 Charles de Gaulle, who would one day be the French President and arguably the most famous Frenchman of the 20th century, was in a prisoner of war camp in Ingolstadt, Bavaria.

DeGaulle, who had been captured in the Battle of Verdun, found himself alongside another French hero — Roland Garros.

Garros was an airman, one of the first to take to the skies over the trenches of northern France to fight it out with "the Boche".

He had been captured in 1915 after a blocked fuel line forced him to crash land over enemy territory. In May 1918 DeGaulle escaped from Ingolstadt but was recaptured near the Swiss border. Garros was more successful, escaping in February 1918.

© AFP 2021 / KENZO TRIBOUILLARD
Sharapova Responds to Serena Williams, Who Gave Up Match With Her Due to Injury

He made it back to France, rejoined the air force and was shot down and killed only month before the end of the war.

But Garros had never been a keen tennis player, nor a fan, so it might seem odd that his name is now forever associated with the sport.

French tennis players — most notably Suzanne Lenglen, Jacques Brugnon, Jean Borotra, Henri Cochet and Rene Lacoste — dominated the sport in the 1920s and the stadium in the 16th arrondissement was built to cash in on their popularity with the crowds.

But in 1928 Emile Lesueur, president of the Stade Français rugby club and Garros' former classmate at business school, decided it should bear the name of his heroic friend.

Garros had played football and rugby when he was younger and after a bout of pneumonia when he was 12 he regained his fitness by cycling.

After graduating from business school he found his own company, selling cars near the Arc de Triomphe in Paris, but in 1909 he found his true vocation — flying.

The young entrepreneur broke an altitude record in 1911 and dazzled air show crowds with his tricks and derring do.

In 1913 he became the first pilot to fly over the Mediterranean — the trip from Saint-Raphaël on the French Riviera to Bizerte in Tunisia took a gruelling eight hours.

When Archduke Franz Ferdinand of Austria was assassinated in Sarajevo the following year and Germany invaded France, Garros immediately signed up to fight in France's nascent air force.

He shot down three German planes in April 1915 but was then hit by German anti-aircraft fire and crash-landed in occupied Belgium.

After his escape and return to Paris, he turned down Prime Minister Georges Clemenceau's request to be a military adviser and went back to flying planes and tackling the Luftstreitkräfte in the air.

On October 5, 1918 he was involved in a dogfight over the Ardennes. He shot down a German plane — his fourth kill in total — before his plane was hit. He crashed and died instantly.

Garros is often referred to as a fighter "ace" but that term was only given to airmen who shot down five enemy planes and he had only claimed four kills.

Garros of course may have reached these figures if he had not been in a prisoner of war camp for three years.

The airport on the French Indian Ocean island of Reunion is also named after Garros, because he had been born there back in 1888.

We listed six of our favorite moments from two weeks at #RG18. ❤️