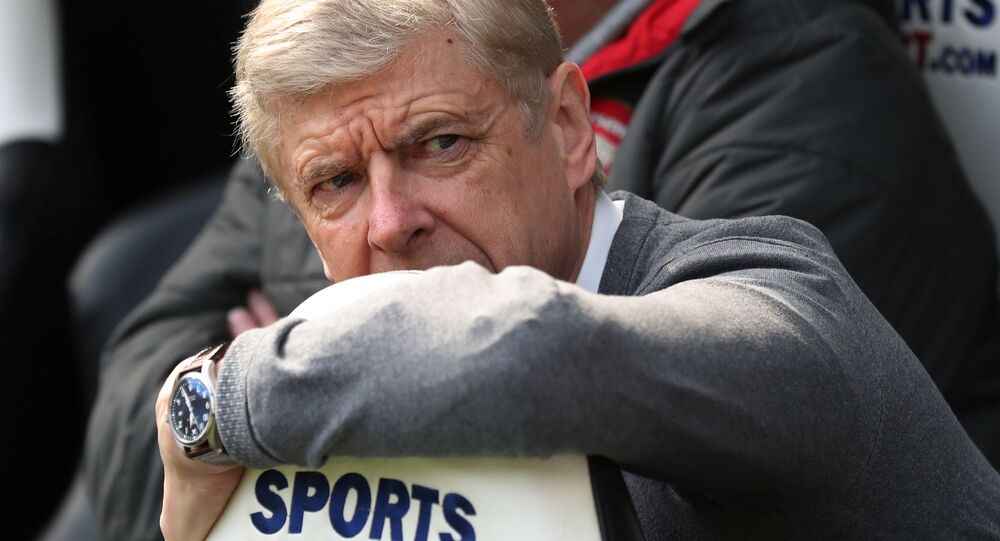 French former professional football player and longstanding coach of Arsenal F.C., Arsene Wenger, announced on Friday morning that he would be standing down as manager of the club at the end of the season, which he has managed for 22 years, winning them three Premier League titles.

Arsenal fans and the wider football community have taken to Twitter to share their views on his resignation, express appreciation for his service to the club, and to give him a sendoff.

READ MORE: Manager Arsene Wenger to Leave Arsenal at the End of the Season

Many users on the social media platform wished him well and thanked him not only for his work at Arsenal, but his contribution to association football in the UK.

Glad to see the majority saying this already, but #ArseneWenger now deserves an incredible send-off from not only #Arsenal fans but the rest of football too. Incredible impact and tenure in the English game.

Arsène Wenger has been the face of Arsenal since before I was born. He not only revolutionised Arsenal Football Club but English football as a whole. It's a shame it's had to end like this, but the fans & the players have to unite to give him the send off he deserves.

One user even suggested that Mr. Wenger deserves to have a statue of himself built and placed outside of Arsenal F.C.’s stadium, tweeting to the club's official Twitter account.

Meanwhile, others mocked and celebrated his resignation from the club.

Arsenal fans reacting to the news that Arsene Wenger is leaving at the end of the season… pic.twitter.com/gTKDJ1sXcz

God has answered the prayers of Arsenal fans.
Arsene Wenger has finally stepped down as their coach. pic.twitter.com/fJpVFN4AKM

But, for the most part, people praised him for his service to Arsenal and posted photos of his highpoints at the club.

Thank you to Arsène Wenger for giving me my warmest football memories. I will always be grateful to him for the Invincibles and for leading Arsenal to 3 PL titles and 7 FA Cups. #ThankYouArsène pic.twitter.com/HGGHOUVLUe

Arsène Wenger has decided to stand down at the end of the season. This is one of the most emotional days in my 38 years of supporting this great club.

For everything you have done for our great club Arsène, you are truly the greatest Gooner that has ever lived.

All of these guys must be forever grateful for Arsene Wenger’s legacy at Arsenal as they would never have had the career they had if it wasn’t for him. pic.twitter.com/ZivO8mog1i

Remember to tell your son and grandsons that a certain coach, Arsene Wenger won the EPL without losing a single match.

In the space of 22 years, Arsenal F.C. played over 1,200 matches under Wenger’s management, winning 7 FA Cups and 7 Community Shields in the process.

In the club’s most notable season under his leadership, in the 2003-2004 season, they won the Premier League without losing a single match.