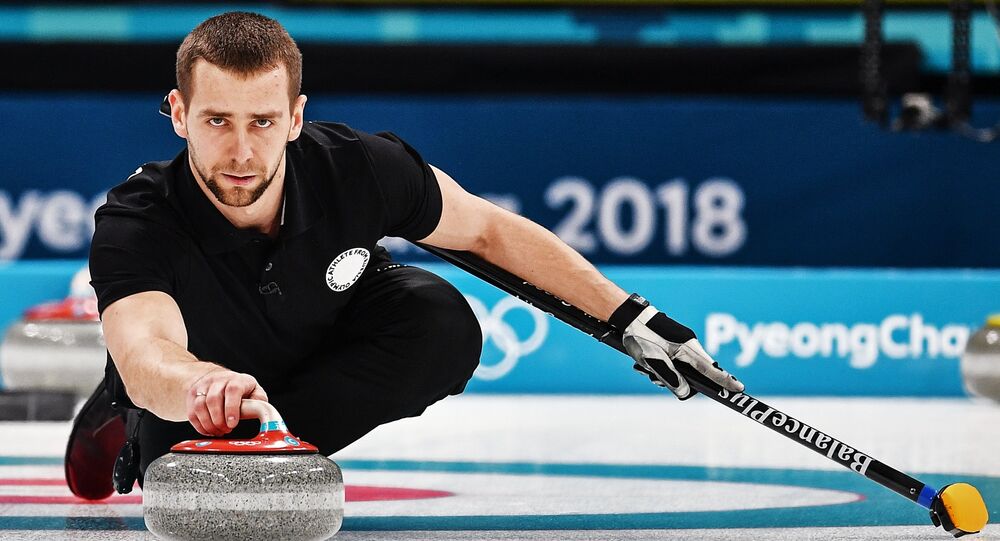 According to the official, the drug allegedly found in the athlete's system could hardly have any impact on a skill-based sport like curling.

Swiss ski official and senior International Olympic Committee member Gian-Franco Kasper has come to the defense of Russian Olympic curler Alexander Krushelnytsky, who was stripped of his bronze medal after the pharmaceutical meldonium was found in his system.

"A special case like that could happen to any country," the official said. "Meldonium is like aspirin in our countries," he added, referring to Europe. "It's time to end this playground talk in the press," he stressed.

© Sputnik / Vladimir Pesnya
Russia's Olympic Hockey Final Win in Pictures
21
Krushelnytsky and teammate Anastasia Bryzgalova won the bronze for the mixed doubles curling competition at the 2018 Olympics in Pyeongchang, but were stripped of their victory after a doping test showed Krushelnytsky testing positive for meldonium.The athlete denied using prohibited performance-enhancing drugs, and has called for a thorough investigation into his case. The IOC promised to provide video recordings necessary for the investigation.

The World Anti-Doping Agency (WADA) banned the use of meldonium, a medication often used to treat coronary artery disease, in 2016. Dozens of athletes, particularly from Russia and Eastern European countries where the drug is commonly prescribed, have received suspensions or bans for using it.

Russian athletes were forced to compete at the 2018 Olympics under a neutral Olympic flag and anthem after the Russian Olympic Committee (ROC) was suspended over alleged doping violations. Dozens of athletes were barred from competition, significantly weakening the winter sport superpower's final medal standings.

© AFP 2021 / Marc BRAIBANT
Anti-Doping Officials Praise Olympics Committee as Russia Ban Lasts Through Closing Ceremony
On Monday, WADA welcomed the IOC's decision not to remove its ban on the ROC for the closing ceremony of the Olympic Games. IOC President Thomas Bach said Sunday that Krushelnytsky's failed doping test, together with that of Russian bobsledder Nadezhda Sergeeva, were the key reasons influencing the IOC's decision not to reinstate the ROC before the close of the Games.

Also on Monday, IOC member Shamil Tarpishchev told Sputnik that the ROC would be reinstated on Tuesday or Wednesday, pending checks of Russian skiers and hockey players.