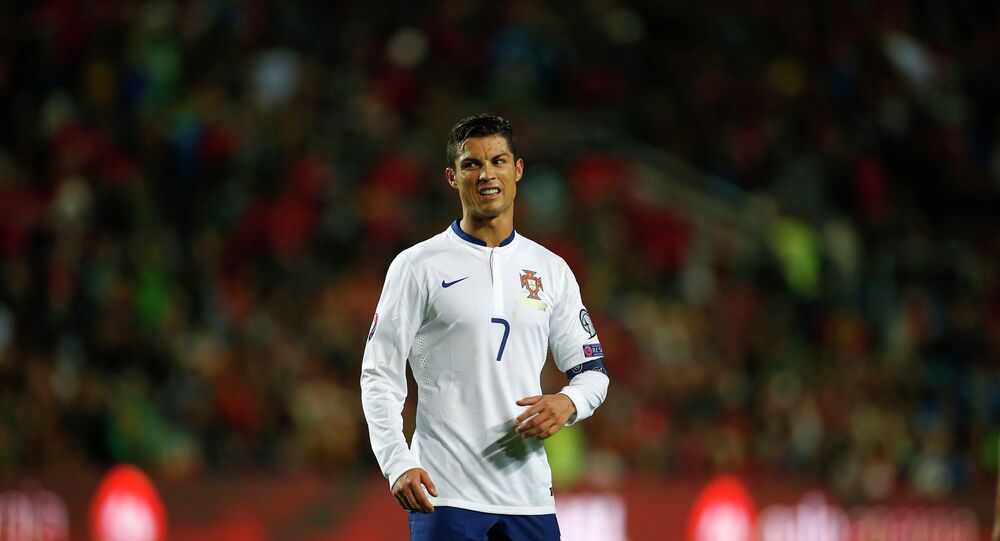 The Real Madrid star has paid €6 million ($6.7 million) in a bid to placate the Spanish tax authorities, who have opened an investigation into his tax affairs after an expose by Football Leaks, a journalistic consortium.

The Spanish tax office is investigating claims by Football Leaks, an international consortium of investigative journalists, that Ronaldo underpaid taxes on his image rights for the years 2011 – 2014.

According to the Spanish newspaper El Mundo, the tax office believes that the Portuguese attacker defrauded the authorities of €14.9 million and has passed the case to prosecutors in Madrid.

If they are to pursue Ronaldo for all four years of allegedly unpaid taxes, the authorities have to open a case against him before June 30, when the statute of limitations will expire for 2011.

If the case goes to court and Ronaldo is found guilty, he could face a four-month prison sentence for each fraudulent tax return.

© CC BY 2.0 / Ungry Young Man / Santiago-Bernabeu
Football's Richest Club Real Madrid to Spend $450Mln on Famous Bernabeu Stadium
In December, Football Leaks reported that Ronaldo allegedly diverted €150 million to a tax haven in the British Virgin Islands in order to avoid paying taxes in Spain. The footballer also sought to exploit the so-called "Beckham Law," a Spanish tax decree in force since 2005 and which applied to association foot (soccer) players until January 1, 2015.

It allows foreign nationals to pay a 24.75 percent tax, as opposed to the 43 percent paid by high-paid Spanish nationals. In 2014, just before the law ceased to apply to him, Ronaldo sold his future image rights to Singaporean businessman Peter Lim, which would prevent the tax office from claiming a higher percentage of income from the rights.

Despite that and Ronaldo's payment of €5.6 million to the tax office in 2014, the Spanish authorities appear to believe that the star still paid almost €15 million less than he should have.

The allegations surrounding the Real Madrid stars come after FC Barcelona star Lionel Messi and his father were convicted of tax evasion last year. They were found guilty of defrauding the Spanish tax office of €4.1 million ($.46 million) for the years 2007-2009 and handed 21 month suspended prison sentences, which they are both serving under probation.

© Sputnik / Vitaliy Podvitskiy
Messi and Ronaldo
​Many of those accused including Ronaldo and Mourinho, share the same agent, Jorge Mendes. In December, Mendes released a statement in which he denied that his management company, Gestifute, had helped them to avoid paying taxes.

BOOM! Jorge Mendes' coming Gestifute have relseased a public statement claiming Cristiano Ronaldo was not a part of any tax fraud. pic.twitter.com/NGPQvCJNic

While Ronaldo has enjoyed exceptional success on the football field over the past year, winning La Liga with Real Madrid and the European Championship with Portugal, his life off the pitch has faced scrutiny.

​The Gestifute agency released a statement on his behalf, slamming the report as a "a piece of journalistic fiction," and threatened action against the news outlet.