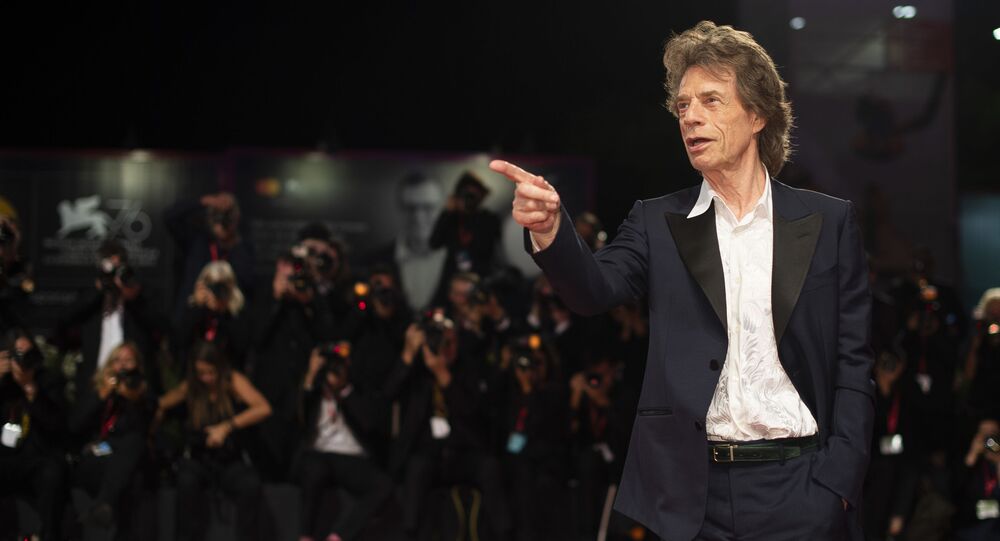 For more than a decade, The Rolling Stones frontman has been suspected of casting a curse on England with the Three Lions losing every match he has attended since 2010. Especially back in 2018, when England lost in extra time to Croatia in the World Cup, the singer was accused of bringing bad luck to the team.

Mick Jagger, the lead singer of The Rolling Stones, broke the UK's lockdown restrictions by flying in from France to see England beat Denmark in the Euro 2020 semi-finals and could possibly be fined up to 10,000 pounds for non-compliance with quarantine, the Daily Mail reported.

The 77-year-old frontman arrived on Tuesday and should have been quarantined for ten days after arriving from a nation on the UK's so-called COVID-19 Amber list. Jagger, as seen in the photos obtained by the outlet, was photographed just 24 hours later at Wembley Stadium, where 60,000 football fans had gathered to watch the Three Lions fight their way to Sunday's final.

© REUTERS / HANNAH MCKAY
Fully-Jabbed UK Arrivals Fom 'Amber List' Countries Will No Longer Have to Quarantine
Jagger had reportedly planned his trip to London for weeks to finish the upcoming Stones' album, but he could not pass up the chance to witness England's most significant football match in recent history, despite the potential for controversy, according to a source close to the singer quoted in the report.

"Mick is a huge football fan and just wanted to be at Wembley," the source told the outlet. "He had COVID-19 tests before his flight and on arrival, plus after the game so he believed he was being careful in that respect."

The source added that "Mick was always due in London around this time to work on the new Stones album, it just happened to clash with the fact England had such a big game on – and he just couldn't miss it."

As he was walking towards his VIP box at the stadium, several fans approached the rock legend for autographs, unaware that he had failed to quarantine upon his arrival in the UK.

The Big Lips divides his time between London, New York, Mustique, and the Loire Valley in central France, where he spends the majority of his time. There, according to tabloids, he lives with his 34-year-old ballerina girlfriend Melanie Hamrick and their four-year-old son Deveraux.

More to the story, the singer could have halved his quarantine time by participating in the Test to Release program, which expires on Day 5 if a paid-for private COVID-19 test comes back negative. But he apparently decided to take his chances.

According to the source, Jagger watches football on a daily basis wherever he is, especially England and his favorite Arsenal.

"Whether he's on a tour bus or in a hotel, Mick ensures satellite dishes are erected so he can see all the games," they said. "He rarely misses an Arsenal match, no matter how inconsistent they are."

When it comes to the alleged curse the singer brought to the national team's luck, the English team lost in 2010 to Germany, and the singer addressed fans' allegations by saying "I can take responsibility for the first German goal but not the other six!"

The Rolling Stones are now working in London on their new record, which will be released later this year. Jagger himself is in the studio in the UK with bandmates Ronnie Wood, 74, and Charlie Watts, 80, while Keith Richards, 77, is contributing his parts from his home in the United States.

The band's sold-out North American tour which started in 2019 is now being rescheduled again after COVID-19 forced the cancellation of 15 gigs.