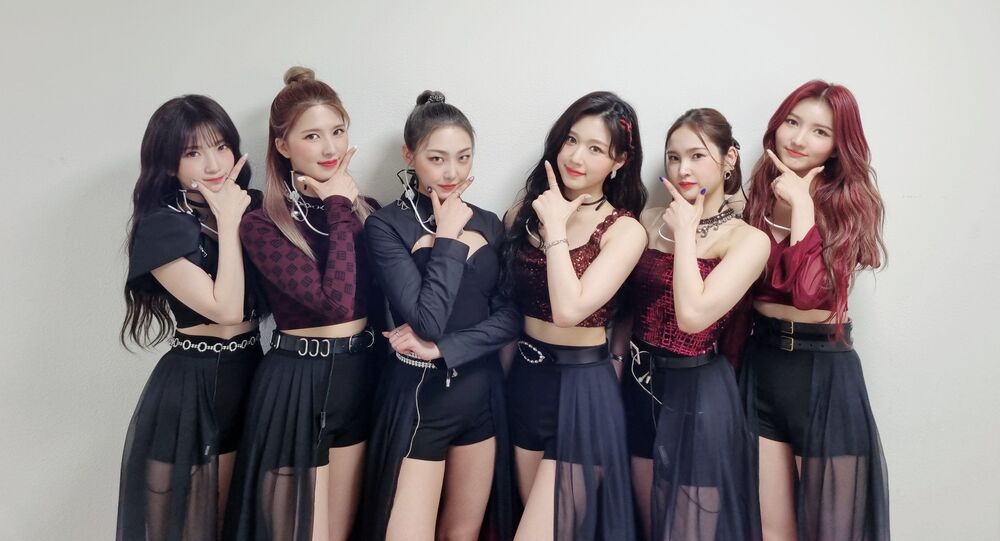 Get Ready to Be Surprised by Bling Bling's Latest Comeback

The title of the group's latest single "Oh MAMA" refers to a person head over heels in love who is suddenly overcome with strong emotions, the members told Sputnik. So they hope that "people can listen to the song and watch the music video while exclaiming 'Oh, mama' in surprise".

Bling Bling debuted under South Korean entertainment company MAJOR9 with the digital single "G.G.B" last year, when COVID was sweeping across the world. But the six charming girls have continued to move towards their dreams, despite the challenges posed by the pandemic.

"It wasn't pressure per se, but it was more like we were a bit sad to not be able to meet our fans", they note, answering a question on how it feels to promote in this environment. "Many [artists] get energy through their supportive fans, but when we debuted we could not meet our fans, which was a shame. However, from some time ago, we had opportunities where we could meet our fans. That was such a blissful time where we gained so much energy".

So, the six girls – Cha Ju Hyun, Yubin, Marin, Choi Jieun, Ayamy, and Narin – returned with the song "Oh MAMA" on 20 May and released their first mini album titled "Contrast".

Using the idea of complete opposites as the main theme, the mini album highlights Bling Bling's clashing qualities, showing the members as being chic and cool as well as delicate and affectionate. The girls suggest that this concept could also be expressed with colours. And while there are soft and pastel shades on "Contrast", the title song "Oh MAMA" "can be best described as black", they say.

The group has also prepared an impressive choreography for the lively electronic pop song, topped off with the combination of an addictive hook and a matching urban beat.

"Other than our music and music video, we contributed our ideas for other contents. It was actually really fun work!", the girls explain. "We worked hard and spent much time on our choreography".

The high energy performance of the song will definitely catch fans' attention as the members effortlessly glide through the dancefloor. Yet, it wasn't all smiles in the practice room. The girls had many mishaps with their wardrobe in the early stages of learning the choreography but had mastered them by the time the music video was released.

The group also wants their fans to have fun with the choreography designed for "Oh MAMA". They have launched a dance challenge for anyone to try out the movements themselves.

According to Bling Bling, "Oh MAMA" will specifically appeal to people who like fitness and lead an active lifestyle. "We also enjoy sports and exercising, and we get energy listening to the song!", they add.

These days the girls are busy promoting their first mini album "Contrast" and its title track "Oh MAMA" through a global PR and marketing campaign organised by MJ Tonz, and they are dreaming of having more meetings with their fans in person in the near future.