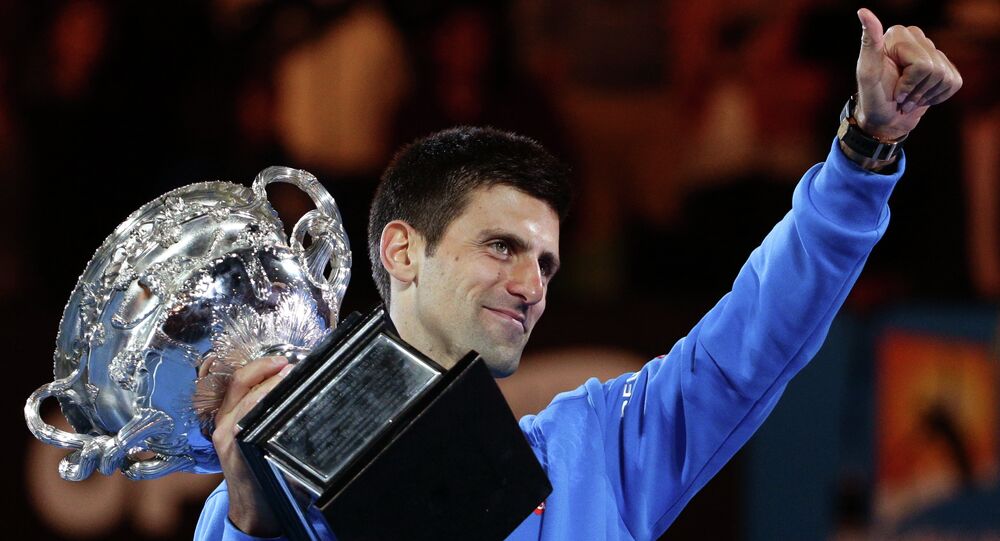 Earlier this month, the Serbian athlete dethroned another tennis legend, Roger Federer to become the longest-serving number one. Djokovic has remained on top of the rankings for 311 weeks, which is equal to almost six years.

A Serbian model revealed that she was offered almost $72,000 in order to seduce Novak Djokovic. Speaking to the local tabloid Svet and Scandal, Natalija Scekic, who has more than 17,000 followers on Instagram, said a "serious guy" from London wanted to destroy the marriage of the tennis star and extort money from him.

According to the young woman, the alleged plotter wanted her to attend a party which the athlete recently threw to celebrate his record.

"They were really preparing a hell of a plan. I was told to take Novak somewhere to an intimate place and film it all," Scekic told the newspaper.

The young woman said she initially thought it was a joke and started laughing, but as the conversation continued she realised that the man was quite serious. Not only the man offered her money, Natalija claims, but he also promised the model a trip to wherever she wanted.

Natalija says she was left incensed after hearing the proposal and stormed out of the meeting.

"At that moment I thought of hitting him, throwing water on him, but I restrained myself because we were in a public place," she said.

The young woman says she hopes no girl agreed to take part in the extortion as that would be 'unfair' towards Djokovic, whom she described as Serbia’s "best ambassador" and "an exemplary man".

Djokovic married his high-school sweetheart Jelena Ristić in 2013 and the couple has two kids. Allegations of infidelity have plagued the 18-time Grand Slam winner over the years. Each time Djokovic has categorically dismissed them. Last year he said the press had been interested in writing about bad things.

"I understand that it is more interesting for people to read that Nole [Djokovic’s short nickname] and Jelena are getting divorced than that Nole and Jelena are in love. But that doesn’t affect Jelena and me because we love each other," the athlete said.