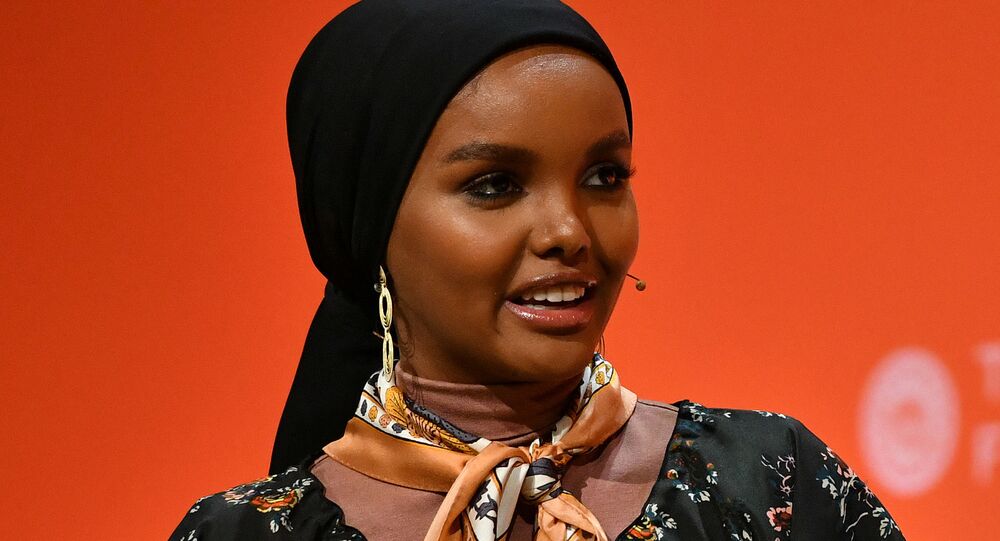 Halima Aden, a Somali native born in a Kenyan refugee camp, became known for wearing a hijab while modelling for the like of Vogue, Elle, and Allure. Last year, the model shocked the fashion world with her bombshell announcement that she was quitting the runway.

Somali-American fashion star Halima Aden has explained her decision to quit modelling and her ambassador role at UNICEF, saying that the was tired of being “used” by both the fashion industry and the humanitarian organisation.

Speaking to NPR’s Morning Edition host Rachel Martin, Aden said that modelling was in “direct conflict” to who she is as a person, as her “hijab” image was commonly exploited by fashion brands.

“I've covered everything from Vogue to Allure, some of the biggest publications in fashion,” the 23 year old reiterated. “And yet I still couldn't relate personally to my own image because that's not who I really am. That's not how I really dress. That's not how my hijab really looks.”

The ex-model recalled how she even “had jeans at one point on [her] head as a hijab.”

“I had Gucci pants styled as a turban. It just didn't even make sense, and I felt so far removed from the image itself,” she told Martin.

According to Aden, she was “not a cover girl” but “Halima from Kakuma,” referring to the refugee camp in Kenya where she was born.

"I want to be the reason why girls have confidence within themselves, not the reason for their insecurity,” the woman said.

Kakuma was where Halima became familiar with the United Nation’s key humanitarian agency for children, UNICEF, which she lost faith in after becoming its ambassador in 2018.

“They've been photographing me and using me since the time I was a baby in a refugee camp. I remember getting those headshots taken and it made me feel, it's very dehumanising,” Aden said during the interview.

“And so I wanted to show UNICEF, too. How does it feel to be used?” she asked.

According to the hijab superstar’s earlier remarks, she had a feeling that the organisation was more worried about its brand rather than about initiatives for kids and their education. Aden quit her ambassador role last year.

Halima Aden made headlines in 2016, when she became the first woman to wear a hijab and burkini during the Miss Minnesota USA pageant. She announced her decision to step down from the runway in November, revealing that the COVID-19 pandemic prompted her to significantly re-evaluate her life and “compromising” choices she made in the past.