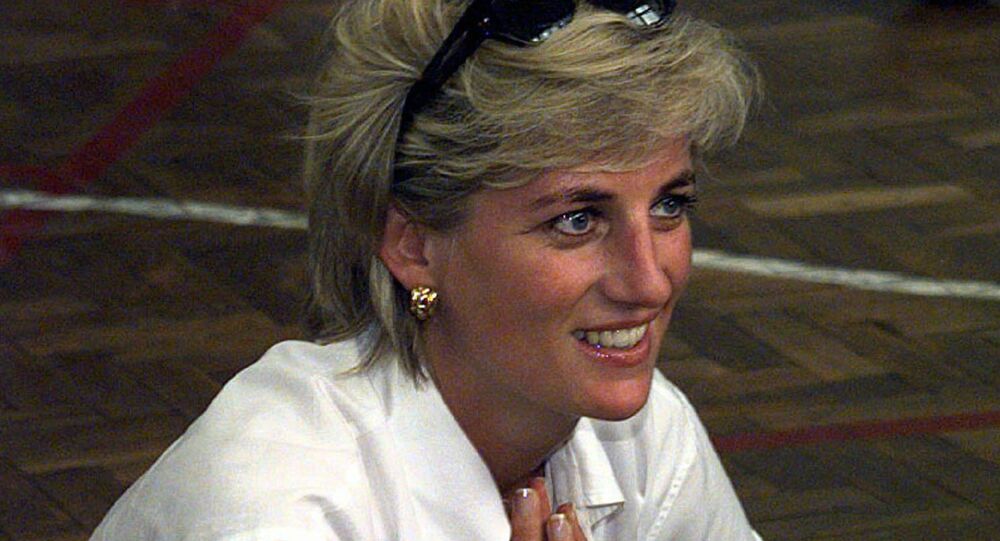 Hewitt was a Royal cavalry officer when he met Lady Diana Spencer in 1986 and was tasked with giving her horse riding lessons. Eventually, they ended up having an affair, one of many attributed to Diana during her turbulent marriage to Prince Charles.

Princess Diana's once-famous former lover James Hewitt, who used to rub shoulders with celebrities, now works as a gardener on the grounds of the flat where he lives with his elderly mother, the Daily Mail reported Friday.

According to the report, the 62-year-old who won the Princess of Wales' heart back in the day now spends his days digging up dirt, cutting trees, and blowing away fallen leaves for £4,000 a year.

The photos obtained by the outlet depict an ex-military man driving his mower and raking leaves on the grounds where his mother reportedly has a two-bedroom apartment, dressed in crumpled khaki shorts, flat hat, and sunglasses.

Even now, when the officer, honored for his service during the Gulf War, lives a rather quiet and secluded life alongside his 92-year-old mother, not all residents of the house, whose residents include the father of Coldplay singer Chris Martin, are reportedly happy with the former military celebrity's work, criticizing him for his gardening skills.

Hewitt's salary is paid by the tenants' association at his mother's block of flats who all contribute to a fund that is then managed by a management firm. He is getting £15 a day for the work, plus two additional payments of £250 every six months to maintain another plot nearby.

The Love and the Life of the Cavalry Officer

Hewitt rose to fame in 1991 after his ex-fiancee announced that they had broken up over his five-year affair with Diana. He was repeatedly accused of profiting from the affair after it was made public. Hewitt collaborated with author Anna Pasternak for the bestselling book Princess in Love in 1994, three years before Diana's death and two years after her formal separation from Prince Charles.

This revelation forced Princess Diana to admit her relationship with Hewitt in a notorious candid interview for Panorama in 1995, in which Diana said that: "Yes, I adored him. Yes, I was in love with him. But I was very let down."

Hewitt wrote two more books about the relationship in the years after her death in 1997, while also appearing on reality TV shows. He was accused of plotting to sell the Princess's private letters, but no deal was ever announced.

In the early 2010s, Hewitt tried to open his own bar, but soon it closed and Diana's former lover moved closer to his mother.

Despite the old way of life, Hewitt's Porsche, which he parks next to the main residence, seems to be the only thing that remains of it for the former serviceman.

According to the report, Hewitt had a stroke and a heart attack four years ago and spent several weeks in the hospital recovering. The former playboy also reportedly registered in Tinder, where he is looking for a life companion of about 50 years of age.

The media had long speculated that it was Hewitt, not Charles, who was the biological father of Diana's second son, Prince Harry, Duke of Sussex, largely because both Harry and Hewitt's hair was red. But Hewitt himself and any related to the British royals strongly condemned such allegations, because Harry was born two years prior to the extramarital affair with the famous princess.