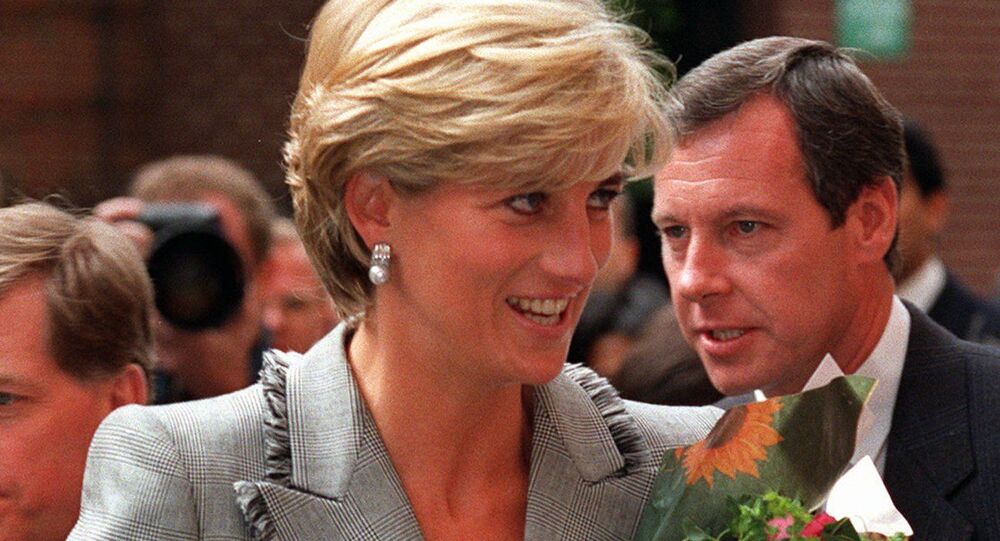 The former head of royal protection Dai Davies has slammed Scotland Yard’s decision to take “no further action” against Martin Bashir as a “farce.”

Davies, who was in charge of the royal family’s protection from 1995 but is now retired, told the Daily Mail that he was shocked the Met police did not find “enough basic evidence of forgery and fraud” to investigate Bashir, the mastermind of the ill-fated Panorama interview with Princess Diana.

During the programme, the Princess of Wales disclosed Prince Charles’ affair with his now-wife Camilla Parker Bowles, famously claiming “there were three of us in this marriage.” The interview sent shockwaves across the country and deepened the rift between Diana and the royal family.

News revealing the Met’s decision not to investigate the interviewer sparked a wave of disappointment on social media, but some hailed the announcement, suggesting that the police should instead devote their recourses to investigating the sex trafficking claims against Prince Andrew.

I suppose we could all lodge complaints to the Metropolitan Police about Prince Andrew? 🤔

Good. It's so strange they wanted to investigate over an interview. They should investigate Andrew if they want to be busy so badly. 🥴

In January 2021, the lawyer for Alan Waller, a former head of security of Charles Spencer – the princess’ younger brother – filed a complaint against Bashir, now a religious affairs editor at the BBC.

Waller accused the journalist of “dishonest conduct” by faking bank statements in a bid to get closer to Princess Diana through her brother Charles Spencer and tricking her into the bombshell interview.

The counterfeit documents apparently suggested that Waller was in collusion with tabloid newspapers and was being paid by them – Earl Spencer said this made him introduce his sister Diana to Bashir – a relatively unknown reporter at the time – so she could go public about her struggles.

The Panorama journalist later admitted that the files were fake but denied they were used to trick the princess.

Bashir said he had commissioned freelance graphic artist Matt Wiessler to make up the phony statements. The BBC probed the matter in 1996 and put the main blame on Wiessler.

The corporation backed Bashir during the scandal and concluded that the princess had not seen the fake docs and that they played no role in the royal’s decision to go public with Bashir. They even had “her word in writing for that,” the BBC said, but has so far failed to produce any written evidence from Diana.

Twenty-five years after the interview, the scandal has taken a new turn, with Earl Spencer calling for an inquiry into the scandalous programme that was watched by 23 million across the country.

In November 2020, the BBC announced an independent investigation into the Panorama interview and appointed retired judge Lord Dyson to lead it.

A few months later, a lawyer for Earl Spencer’s former employee Waller filed a complaint with Scotland Yard against BBC staffers involved in the matter.

“I write in relation to the actions of two BBC employees or agents for whom the BBC were vicariously liable, with very serious concerns that they have committed a criminal act, namely conspiracy to create an instrument of fraud,” Waller’s lawyer, Anton van Dellen, said in the complaint.

After reviewing the circumstances around the Panorama interview with a help of “specialist detectives” and “legal advice from Metropolitan Police lawyers,” Scotland Yard came to conclusion that it was “not appropriate to begin a criminal investigation into these allegations.”

Met Police Commander Murray, who announced the police’s decision not to pursue claims against Bashir, was also the one who made the decision not to launch an injury into Virginia Roberts' sex trafficking allegations against Prince Andrew, the Daily Mail claims.

Bashir, who is still a part of the BBC but is on sick leave after a heart bypass surgery that followed his bout with COVID, remains silent on the matter.