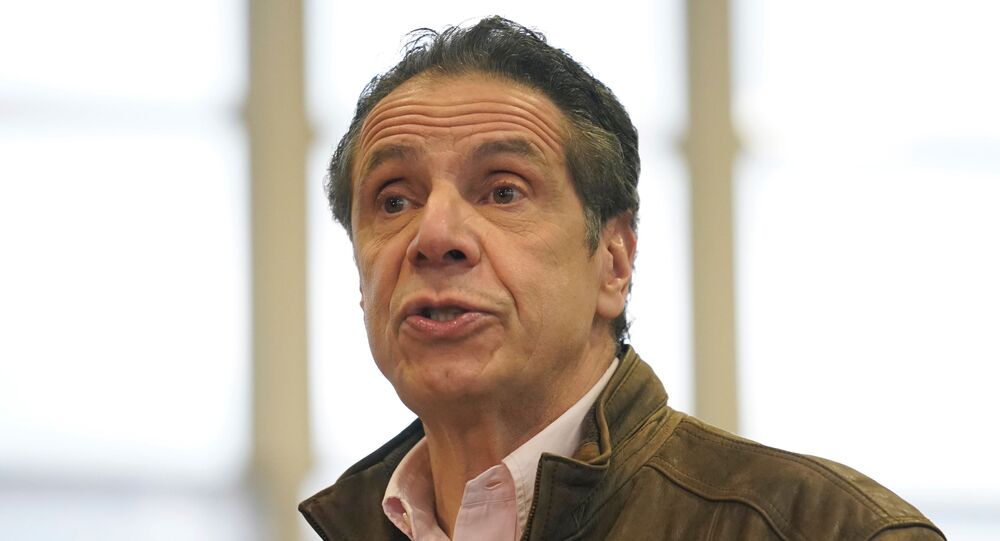 Criticism of Cuomo continues to mount, as the New York State Attorney General's Office confirmed Monday it will investigate allegations of sexual harassment made by his two former female aides.

Another woman has accused the New York Governor Andrew Cuomo of sexual misconduct that reportedly took place at her friend's wedding in 2019, The New York Times reported Monday.

According to the report, Anna Ruch, now 33 years old, was a guest at a wedding that took place in NYC in September 2019. Cuomo reportedly was chatting with the guests at the crowded event after toasting the newlyweds, when he crossed paths with Ruch and reportedly put his hand on the woman's lower back.

When she replaced his hand with her own, she said Cuomo commented that she appeared "aggressive" and put his hands on her cheeks, asking if he could kiss her loudly enough for the people around to hear.

“I was so confused and shocked and embarrassed,” Ruch is quoted in the report as saying. “I turned my head away and didn’t have words in that moment.”

A photo was provided to show the moment that Cuomo placed his hands on Ruch's cheeks, with the latter looking very confused.

“He said, ‘Can I kiss you?’” Ruch said. “I felt so uncomfortable and embarrassed when really he is the one who should have been embarrassed.”

According to Ruch's testimony, she was so shaken that she later had to ask her friend if Cuomo’s lips had made contact with her face when she backed away, and her friend told her that the governor kissed her cheek.

Ruch said she posed for a photo with Cuomo afterwards, although she was confused and disconcerted by what had happened, before the governor walked away.

Cuomo responded to the accusations by saying that his words about subordinates and colleagues could be "mistakenly" perceived as "unwanted flirting." He added that at work he is often in a "playful mood" and jokes a lot about the personal life and relationships of others. He also noted that this behavior is typical for him both in a personal conversation and during public speeches or briefings.

Cuomo stated that he never touched anyone "improperly", and also did not make proposals that could make a person "feel uncomfortable." Cuomo added that he is demanding a third-party, independent review of these "unfounded claims."