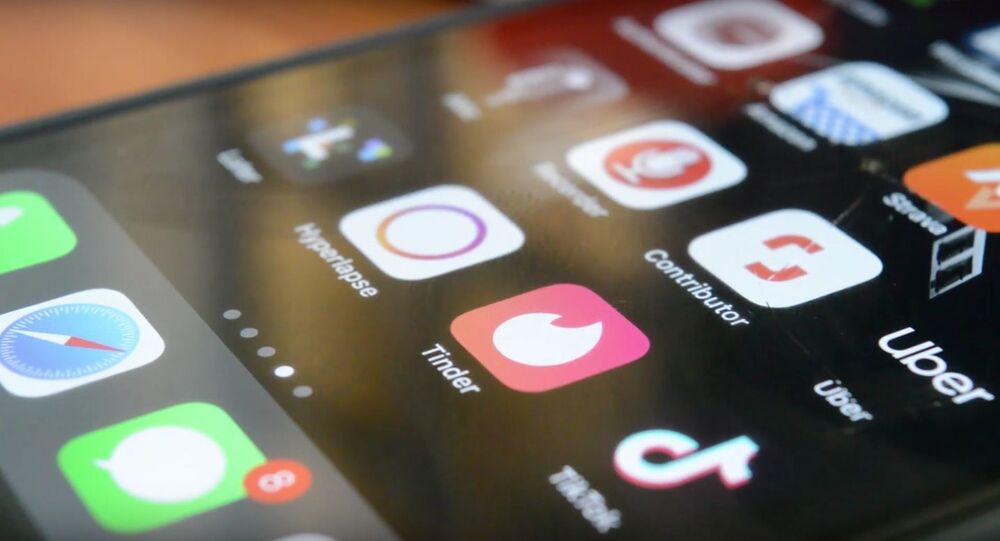 While online dating can offer a solution for COVID-19 restrictions and a rush to find a date for Valentine's Day, many venturing into the territory of computer love may later discover those seeking 'plenty fish in the sea' may dive head-first into choppy waters.

Valentine's Day has been overshadowed by the ongoing COVID-19 pandemic, but many are still testing the waters to find a potential love match despite national lockdowns worsening the prospects of meeting the right person.

But increased access to potential matches can actually create further problems in online dating as romance becomes 'uberised', leaving love seekers with an overabundance of choices.

But with a few key points, a person can find the love of a lifetime, leading to deeper intimacy and a sense of fulfilment.

Decide How (Much) to Invest

Most dating apps offer free plans, but many are worth investing in for the right price. Platforms such as Hinge, Bumble and OkCupid offer competitive pricing plans, while those with more niche and specified tastes can choose pricier apps such as Match.com, Elite Singles and eHarmony, among many others.

Those looking for casual relationships tend not to pay for dating apps while others seeking long-term relationships prefer to pay for a more exclusive service tailored to finding a soulmate along with more premium features, according to experts.

Joining the correct platform for the right level of commitment is also crucial as failing to do so can lead to disappointment, namely when choosing Tinder for a serious relationship or casual hookups on Elite Singles.

Women seeking partners on dating apps were more likely to want children in three years compared to non-users, it added.

Deploying good strategies can determine a user's success but differences in online habits between men and women can affect the chance to score a date, advice from French-British lifestyle magazine Marie Claire found.

Like a resume, most profiles are swiped left due to incomplete or scant information, boring personal descriptions or the ubiquitous mirror selfie photos, rather than more personal experiences from travels, activities and other events.

Standing out with a clear description of likes and dislikes, boundaries and expectations can help boost the chances of finding a real connection a proper match.

But platforms with deep learning analytics and questions such as Match.com, eHarmony and OkCupid can increase the likelihood of finding a better match, but are not always fail-safe.

"Algorithms can’t be sure who I am going to click with, but they can try their best – is it the apps’ fault if I like someone and they don’t like me back?" a Comopolitan blogger wrote in January.

GQ Magazine also notes more users are stating whether they have received COVID-19 jabs to boost their chances of scoring more dates.

Perseverance is the Key

Setting the right pace for a date can rival looking for a job, namely as men tend to outnumber women on most dating platforms.

Men in the US using dating apps in the past five years were more likely than women to respond they did not receive enough messages at 57 percent and 24 percent, respectively, data from Pew Research found.

But women were five times more likely than men to say they had received too many messages at at 30 percent and 6 percent, respectively, the survey added.

According to Vida Select, a third of men on dating apps will never find a single date, despite searching 5.2 hours a week and 6.7 hours sending text to potential dates, totalling 12 hours a week of matchmaking.

But women were more likely to become pessimistic after endless scrolling through profiles than men and a lack of proper choices, a 2019 study cited by Psypost revealed.

Communication styles in men and women also determined their success, and inappropriate behaviour contributed to a more overall pessimistic outlook.

Habits such as sexual harassment from men sending inappropriate sexual photos, or finding out dates are already involved in committed relationships can worsen attitudes on dating for women.

© Photo : Pixabay
Twitter Admits It’s 'Single and Not Looking' Ahead of First Pandemic Valentine's Day
Conversely, women who tended to 'breadcrumb' men with minimum communication also pushed away potential matches, according to Match.com.

Both men and women faced "ghosting" or a complete ending of communication, from potential dates who had become disinterested or found better suitors elsewhere.

Ghosting can leave a person without closure or reasons why a seemingly good conversation, or series of dates, had run its course, MensHealth reported, adding it was crucial to set healthy boundaries and ditch repeat offenders.

Conversely, safety is important when choosing to meet partners or continue dates, namely due to a lack of background checks and a growing number of scammers and sexual predators joining the platforms.

Citizens Advice states women not to give out any personal data, addresses and life habits, as well as meet dates in public, to minimise risks associated with cybercrime and sexual assault.

A 2018 case in Melbourne, Australia involved Glenn Antony Hartland, who plead guilty to raping three women and indecently assaulting a fourth after meeting them on Tinder.

The US Federal Trade Commission also advises to cut communication with people suspected of scamming and research a person's background, citing cases involving people claiming to work on oil rigs or in the US military.