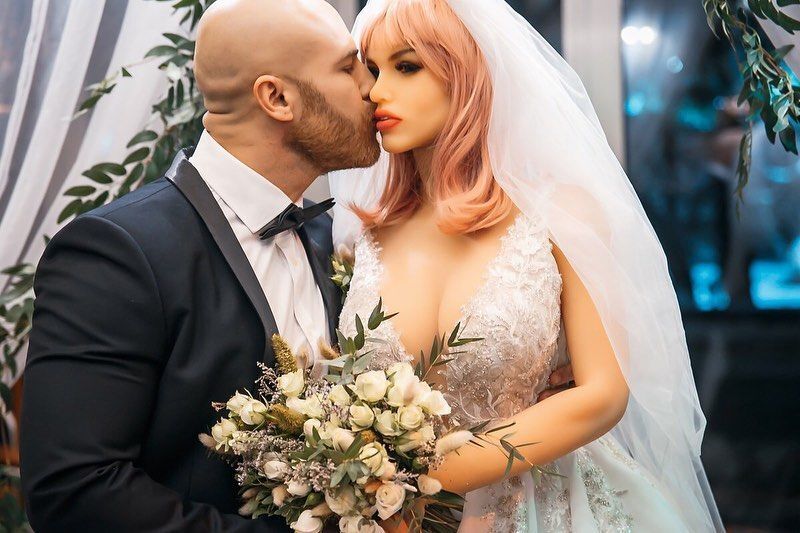 According to Yuri, he met his significant other at nightclub in 2019 and immediately fell in love. The man did not reveal what Margo (the name he gave his lovebird) was doing at the venue. The couple planned to tie the knot at the beginning of last year, but were forced to delay because of the coronavirus pandemic.

Kazakh bodybuilder Yuri Tolochko who married a sex doll now wants to have a polygamous marriage after his sweetheart broke down. According to the Daily Mirror, the 36-year-old has already started the search for Margo's temporary replacement. He got acquainted online with a sex doll from Moscow and even wanted to fly to the Russian capital to meet the "girl" in person, but was unable to do so because of the coronavirus pandemic.

He told the newspaper that he wants to have more wives because he doesn’t want Margo to break down again. "I decided that I could have several wives - this tradition exists in some eastern cultures."

However, Yuri, who describes himself as a sex maniac and pansexual, doesn’t want to stop there, revealing that he wants to experiment with different items - one of them being a chicken (not a live one).

"It will be such a sex toy. He will have a vagina and a d**k," Yuri told the Daily Mirror, adding that he can't wait to get it.

At the end of January the bodybuilder posted a video showing himself caressing chicken meat. Yuri previously admitted that normal sex doesn’t turn him on.

"Regular sex doesn't turn me on at all. Anyone can be my partner, but sex should be unusual. It is important. I also like to fantasise during sex, to imagine fantastic eras, places, amazing creatures. And I can really admire objects, food. They are able to bring me to orgasm."