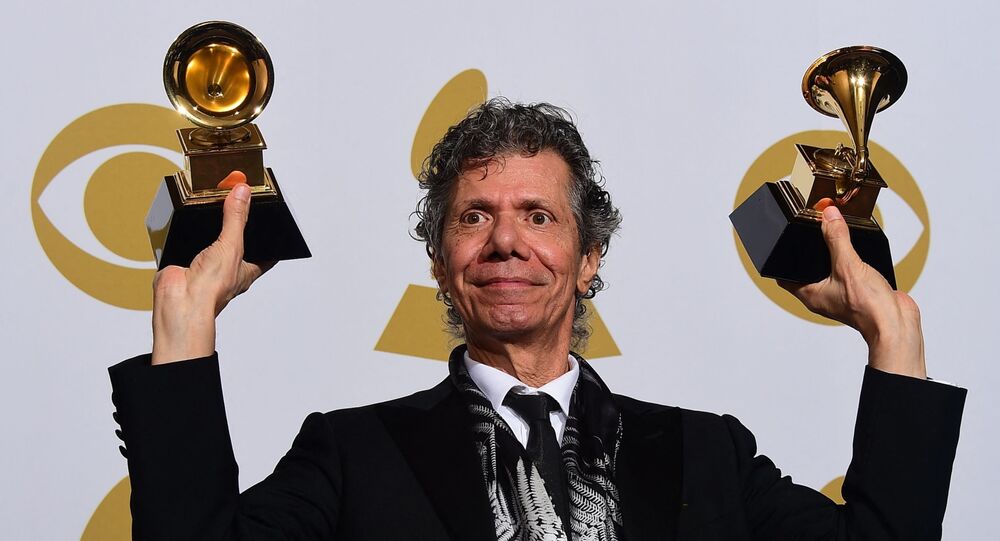 Chick Corea was an American jazz composer, keyboardist and bandleader. He is credited with widening the scope of jazz during his career, which lasted over five decades.

Iconic jazz keyboardist Chick Corea died Thursday at the age of 79 in Tampa Bay, Florida, after battling a rare form of cancer.

According to a post on his Facebook page, the virtuoso, who won 23 Grammys, passed away from “a rare form of cancer which was only discovered very recently.”

“Throughout his life and career, Chick relished in the freedom and the fun to be had in creating something new, and in playing the games that artists do. He was a beloved husband, father and grandfather, and a great mentor and friend to so many. Through his body of work and the decades he spent touring the world, he touched and inspired the lives of millions,” the post reads.

“Though he would be the first to say that his music said more than words ever could, he nevertheless had this message for all those he knew and loved, and for all those who loved him,” the post adds.

The post also included a farewell message from Corea: “I want to thank all of those along my journey who have helped keep the music fires burning bright. It is my hope that those who have an inkling to play, write, perform or otherwise, do so. If not for yourself then for the rest of us. It’s not only that the world needs more artists, it’s also just a lot of fun."

Corea’s most famous band, Return to Forever, was founded in 1972. The band had several members throughout its run, with the only consistent partner being bassist Stanley Clarke.

Many musicians, including Clarke, Flora Purim, Airto Moreira and Al Di Meola, rose to fame through their performances on Return to Forever albums.

Before founding Return to Forever, Corea was a top piano player in the 1960s, where he played with prominent musicians including Miles Davis, Stan Getz and Herbie Mann.