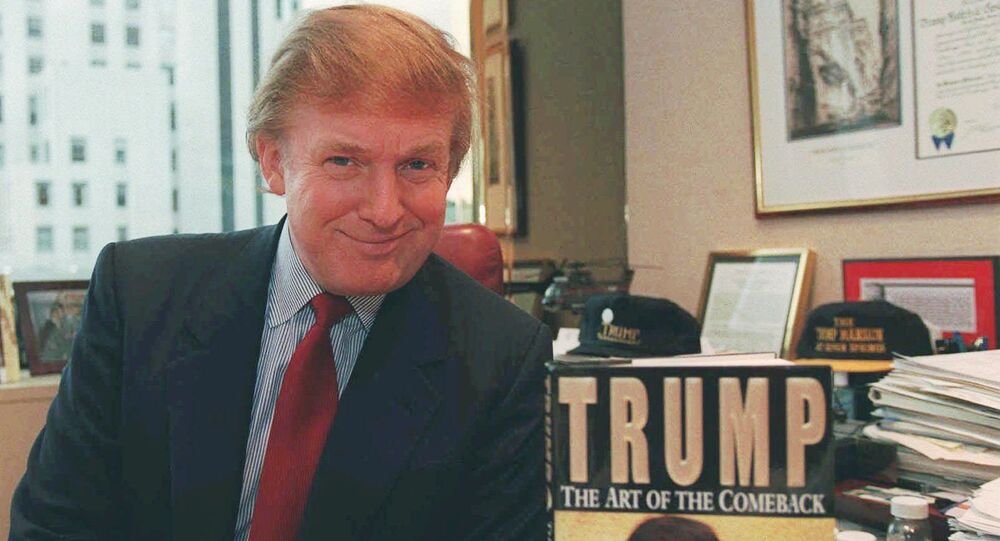 Over two decades ago, the future US president unleashed his story about rising from the ashes to get rich. After Trump’s departure from the Oval Office, his biography's value is sky-high.

Donald Trump’s The Art of the Comeback biography is now featured on Amazon with a rather hefty price tag – which is no more than 34 times more expensive than the book's original value when it was first published in 1997, the New York Post reports.

The biography was initially sold for $25.95 when released more than two decades ago but now readers have to pay nearly $900 to learn about the ex-president’s phoenix-like rise from the jaws of financial despair in the 1990s.

“Blunt, outrageous, smart as hell, and full of hilarious stories--check out his chapter ‘The Art of the Prenuptial Agreement’ – Trump tells it like it is,” the synopsis of the book reads, as posted on Amazon.

Despite being slammed by Trump's critics, the book was a bestseller when first published by Times Books-Random House, but it's been out of print for a while.

© AP Photo
Donald J. Trump holds the city of New York in a snow globe on the cover of his new book, "Trump: The Art of the Comeback." In his book, which promotes Donald J. Trump and his recovery from a $975 million hole that nearly sent The Donald to The Dumps, Trump makes a rare admission: His financial woes were his own fault

Publishers claim that this might be the main reason behind its dramatic surge in value over the last few months. In August, the title was reportedly available for just $50.

Anyone looking for a way around splitting with almost $1000 for a copy should "go to the local public library" where "you can probably borrow it for free,” says publisher Judith Regan.