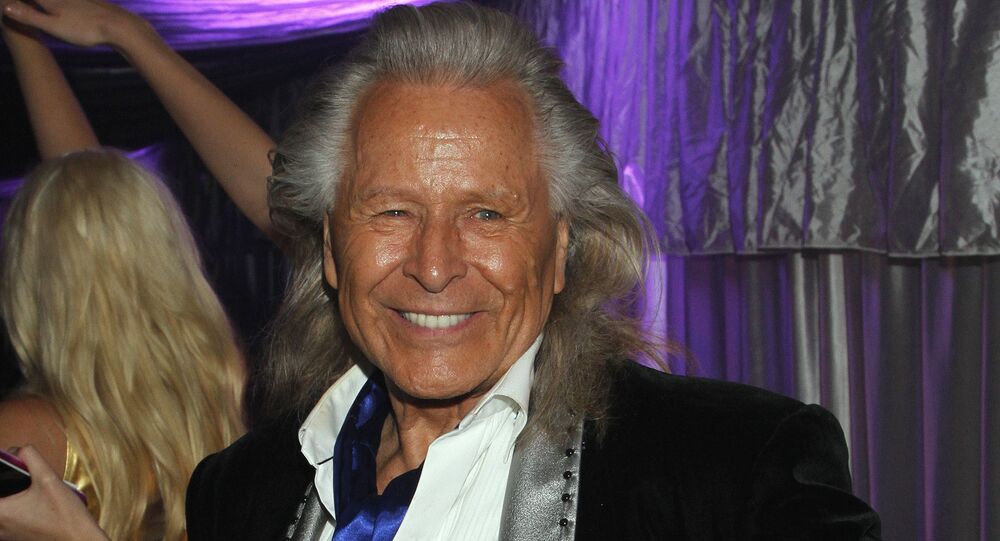 Peter Nygard, a Finnish-Canadian fashion giant and a former executive of the Nygard International company that makes clothing for women, was indicted in December 2020 on charges of sex trafficking that allegedly involved dozens of women.

According to new videos shared by Nygard's former videographer, Stephen Feralio, during an interview with CBC, the former fashion executive had a private Boeing 727 with a stripper pole, a bed and enjoyed parties with many women, and in some cases, girls under 18.

“When I first was hired, Nygard told me that the reason why Jesus is so popular is because he had a good PR team,” Feralio told CBC News. "My job was to film literally everything."

Feralio said that "nobody else in my world of Nygard has this evidence".

"If I don't expose him, he's going to get away with all the things that he's been doing," the videographer observed.

The videos shared by Feralio allegedly reveal Nygard, accompanied by a group of women or girls, partying on his private plane, cheering to drink and watching some of the women stripping near the pole.

In another video, Nygard enters a hotel suite accompanied by several women or girls, apparently losing count of how many escorts are with him.

“You’re all going to stay in this suite, it’s so big, so we’ve got … You guys are with me. How many girls we got? Is there one missing?” he is heard saying in the video.

Feralio shared another video in which Nygard appears to "recruit" a 16-year-old athlete during the 2012 Summer Olympics in London.

“Just to be here at the Olympics and to be running, good for you, and at 16 yet,” he tells the girl, while checking out another of the girl's credentials, and then tells his assistant: "Get her … cell number of something. Two phone numbers. I don’t want to lose her now that I found her."

According to CBC, Nygard referred to the women as his "girlfriends", even though there was allegedly a 17-year-old with him. Feralio also claimed that Nygard "screamed" at his employees, including himself, and said that they had to work in a "very stressful environment".

In a video that he shared with CBC, Nygard can be heard speaking emotionally with someone who appears to be a contractor, particularly saying "You're not following my law".

The fashion mogul is currently indicted on charges of sex trafficking and racketeering, with prosecutors accusing him of using the influence of his company to coerce adult and underage girls into having sex with him.

He was arrested in the Canadian city of Winnipeg earlier in December 2020 and US prosecutors are working to extradite him to the US.