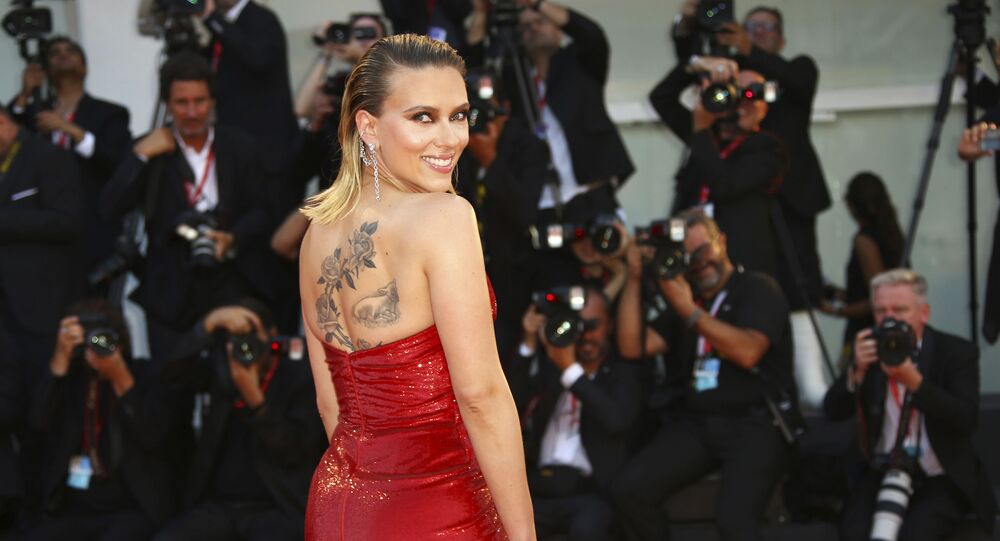 Three human rights workers were freed last Thursday after being detained and slapped with terrorism-related charges in November.

Since three well-known human rights figures, members of the Egyptian Initiative for Personal Rights (EIPR), were released last week in Egypt, quite a few in the country have raved and stormed over Hollywood actress Scarlett Johansson's role in the case and the way it was resolved.

Four EIPR representatives were arrested last month after the organisation hosted guests from 13 western countries to discuss human rights issues in today's Egypt, with all of them facing accusations of terrorism and misinformation. One of them, Patrick Zaki, remains in custody.

The developments have since caused a huge response, including in the UN, among international rights groups, and celebrities like Johansson and her Hollywood colleague Emma Thompson.

On 1 December, as part of an instant global backlash against the crackdown on EIPR, Johansson posted a video in which she described the detainees as "the best of us" and calling Cairo to drop the "bogus" charges against them.

"Speaking out in Egypt today is dangerous. I want to highlight the plight of four people wrongfully arrested for their work fighting for the dignity of others — Gasser, Karim, Mohammed, and Zaki — from the Egyptian Initiative for Personal Rights", she said in the video address published on EIPR's YouTube page. The actress went on to stress how they had spent their lives fighting against injustice.

"In fact, their only crime has been to stand up for the dignity of Egyptians", she summed up, saying she is "in awe of their bravery".

Despite her heartfelt calls to stop short of charging and then convicting the human rights activists, striking a chord with many across the world, quite a few in Egypt opposed the actress' motion, bringing up her Jewish origins and calling her out for her "Zionist" mindset.

"We don't need anyone to intervene in Egypt's internal affairs, okay?", Nashat al-Dihi, a presenter and commentator on TeN TV, asserted, moving to make an apparent reference to Johansson starring in a 2014 ad for Israeli company SodaStream while it had a factory in the West Bank. He thundered that she was in actually "a Jewish actress with links to the settlements and to the Zionist entity", who sides with Israelis and, expectedly, "supports Zionist products".

Egyptian actress Laila Ezz El-Arab posted a video arguing that Johansson "does not know anything about the judicial system of Egypt", and claiming the country "has no detainees".

She went on to suggest that Johansson would be better off focusing "on the United States' problems, like Black Lives Matter, like battered women", and poverty.

Jewish-American lawyer and analyst Irina Tsukerman went still further alleging the actress had been paid by Qatar to take action against Egypt, its regional foe.

The article takes a generally one-sided position on the issue of the activists arrested & released in Egypt, without disclosing their affiliation with #Qatar and violation of numerous laws, but cites me as a counterpoint.https://t.co/kG3XndmAr4

"These ignorant self-righteous celebrities are getting paid off for virtue signaling on issues they know nothing about", she tweeted arguing "they don't care about the people or asking basic questions or fact-checking".

Whatever the backlash, the EIPR director himself, Hossam Bahgat, reportedly mentioned her effort, suggesting she should take the credit for getting the detainees released.

"I can confirm my friends and @eipr colleagues Gasser, Basheer, and Karim have been released and are home which I guess means we (and you) managed to #FreeEIPRstaff", he tweeted. "By 'you' I obviously mean Scarlett", he continued, tongue-in-cheek, in a now deleted follow-up tweet.

Many more pondered on the actress' wokeness online, with one netizen, Maggie Entoin, fuming about the "Zionist American's" effort, echoed by quite a few of others:

"Oh, Zionist American actress, in any capacity, talks about what is happening in Egypt & asks us for demands Since u're a paid slave beware of the wrath of the Egyptians U've nothing to do with the Egyptian affair".

We say to the United States, Biden and his administration, and actress Scarlett Johansson .. Who used to be in his house of glass and did not throw stones at others, reform the black human rights in your country, before you talk about Egypt, let America fall in its vassals

Scarlett Johansson, Egypt's affairs are none of your business or anyone's business, pls focus on your homeland's affairs and human rights in your own country, maybe have a word on your election system which proved lately to be a big shamble and not democratic whatsoever

Scarlett Johansson
Their old agenda of bringing down Egypt, bring back the Brotherhood Terrorists who they finance and support, and turn Egypt into another Iran ...

No No No , it will never happen again , we have learned our lesson from what’s called Arab Spring ,

Some, meanwhile, reserved a bit of room for irony on the matter:

"I bet Egypt is super scared of Scarlett Johansson", one posted following the news that after the release, an Egyptian court promptly upheld the prosecutor's decision to freeze the detainees' assets.

If you are suffering oppressiveregime like that in Egypt call #Scarlett_Johansson