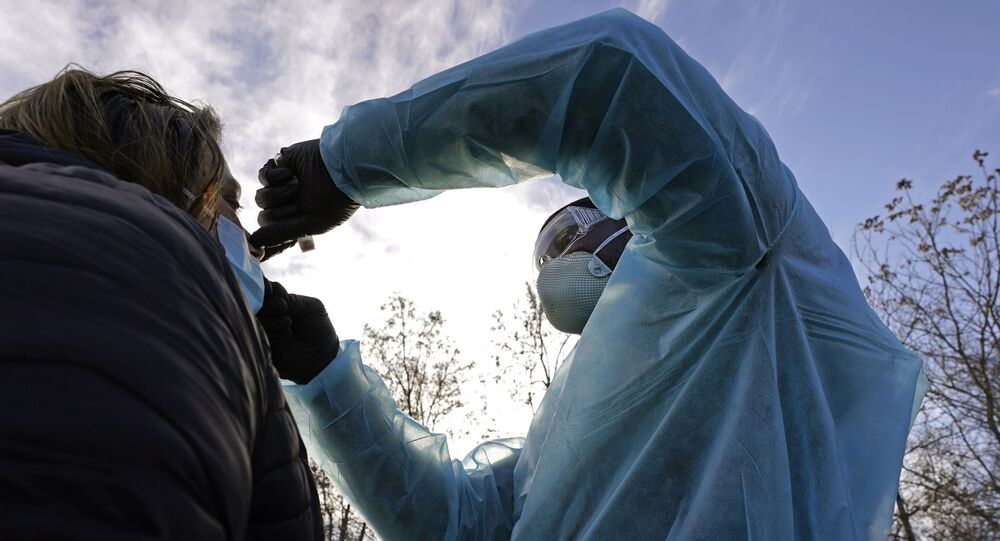 With a positivity ratio of 10.67%, the US counted an additional 217,664 COVID-19 cases on Thursday, pushing the nation’s total case tally since the start of the pandemic past 14 million, according to data from Johns Hopkins University. Health experts have warned that the holiday season is likely to prompt numbers to surge even further.

Dr. Anthony Fauci, director of the US’ National Institute of Allergy and Infectious Disease and who also serves as a member of the White House coronavirus task force, warned on Friday that the month of “January is going to be terrible,” largely as a result of families gathering for holiday celebrations.

"I think January is going to be terrible because you're going to have the Thanksgiving surge superimposed upon the Christmas surge,” Fauci said during an interview with Newsweek. “So it's entirely conceivable that January could be the worst."

"At least two to 2.5 weeks, maybe even three, between two and three weeks from when the travel [for Thanksgiving] started, that's when you're going to see the peaks," Fauci explained, adding that he has no doubts that COVID-19 hospitalizations and the death toll will worsen in the coming weeks.

“I hate to say that, but it's the truth and the reality.”

Fauci’s warnings come as the US spent much of the week breaking records in regards to COVID-19 tallies. The latest data compiled by the COVID Tracking Project notes that the US recorded all-time highs in daily new case count and in hospitalizations on Thursday, as about 100,667 individuals were in hospitals.

Of the hospitalizations, an estimated 19,442 individuals have been transferred to intensive care units, and another 6,867 Americans have been placed on ventilator assistance.

However, Fauci isn’t the only health official painting a dire picture of what’s to come.

Forecasts submitted to the US Centers for Disease Prevention and Control (CDC) earlier this week by 25 modeling groups found that anywhere between 690,000 and 1.7 million new COVID-19 cases may be documented during the week ending December 26.

As for COVID-19-related deaths, forecasts from 37 modeling groups predicted that over the next four weeks the overall death toll in the US could rise to between 303,000 and 329,000 individuals, with as many as 19,500 deaths being reported in the week ending December 26.

At present, California remains to be the US state with the highest daily tally of documented COVID-19 cases, recording some 21,368 cases on Thursday. In order, the Golden State was followed by Texas, Pennsylvania, Illinois and Florida.

In fact, with California becoming the nation’s latest coronavirus hotspot, Democratic Gov. Gavin Newsom issued a statewide stay-at-home order on Thursday, with hopes that the measure would hinder the disease’s spread as well as provide relief to the state’s hospitals, which have increasingly been approaching capacity limits.

Pfizer to Only Get Half of COVID-19 Vaccines Out This Year Due to Logistics, Reports Claim