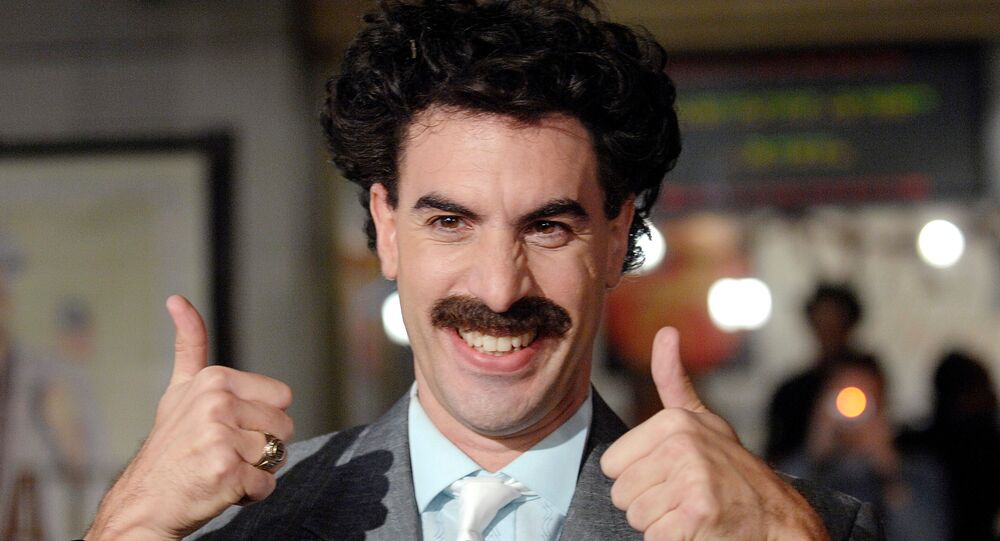 When the first ‘Borat’ comedy, featuring fictitious Kazakh journalist Borat Sagdiyev, played by Sacha Baron Cohen travelling to the United States, appeared on screens in 2006, it provoked sharp criticism from Kazakhstan over how the country was portrayed. But the movie’s sequel has apparently caused a different vibe among Kazakh officials.

Borat’s legendary “very nice” phrase is now featuring in a “Kazakh Tourism” campaign launched to attract new visitors to the country amid the release of the “Borat Subsequent Moviefilm: Delivery of Prodigious Bribe to American Regime for Make Benefit Once Glorious Nation of Kazakhstan”.

Back in 2006, after Sacha Baron Cohen wrote and produced the first Borat mockumentary, it was slammed by Kazakhstan for portraying the country as backward, misogynistic, homophobic and unfriendly. At the time, the country’s government moved to ban the movie.

However, now Kazakhstan’s tourism office has decided to embrace opportunities offered by the hype around the new film, which features some covertly-filmed scenes with Donald Trump’s personal lawyer Rudy Giuliani.

"In COVID times, when tourism spending is on hold, it was good to see the country mentioned in the media. Not in the nicest way, but it’s good to be out there”, deputy chairman of “Kazakh Tourism” Kairat Sadvakassov told the New York Times.

The new campaign, reportedly masterminded and eventually materialised by Los Angeles native Dennis Keen with approval from the board of tourism, features four short ads, where people are seen enjoying the beautiful landscapes and local traditions the country has to offer, all accompanied by their “very nice” comment.

According to Sadvakassov, "Kazakhstan's nature is very nice. Its food is very nice. And its people, despite Borat's jokes to the contrary, are some of the nicest in the world.”

"We would like everyone to come experience Kazakhstan for themselves by visiting our country in 2021 and beyond, so that they can see that Borat's homeland is nicer than they may have heard,” the official added.