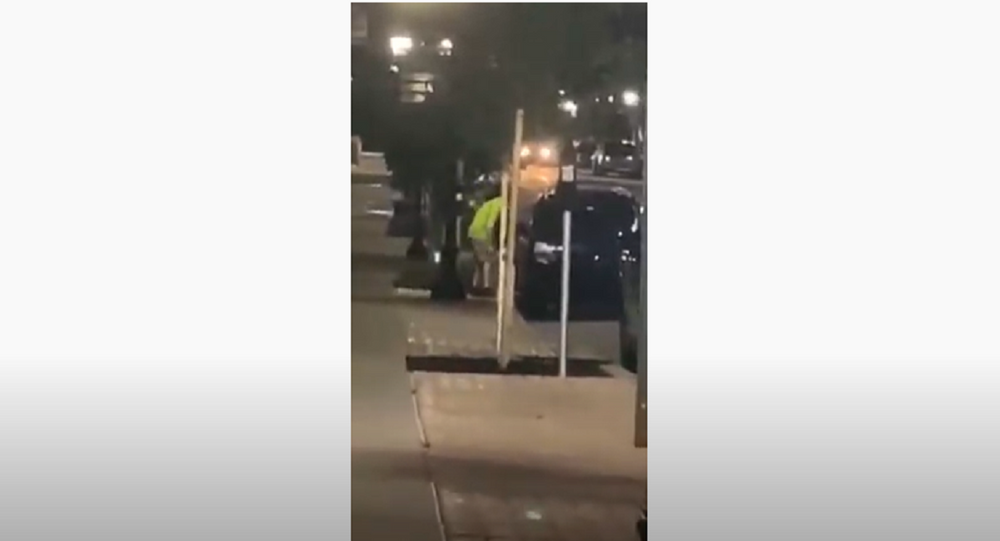 A man caught on camera slashing the tires of parked cars on a street in Pittston in Luzerne County, Pennsylvania, has been identified as one of the city’s police officers.

According to a report by local outlet Fox56, the officer, whose name has not yet been revealed, slashed between three and five tires on Saturday night.

The officer has been suspended with pay while an investigation is conducted by the Luzerne County District Attorney’s Office and the Pennsylvania Attorney General’s Office to avoid a conflict of interest with the police department.

"I would describe him [the cop] as a good, responsible officer who did his job. With younger officers coming on, I think he was always someone who worked with them. When I was called and found out who it was, I was shocked," the mayor added.The cop, who was off duty at the time of the incident, is believed to have used a knife to slash the tires of several cars. Lombardo also confirmed that alcohol was involved and that charges will be filed against the officer.

Lombardo also dispelled rumors that the officer was driven to slash the tires following a dispute inside a restaurant."He was outside. He did not have any altercation with anybody either being served in the restaurant or associated with the

The officer’s identity will be released to the public after charges are filed.