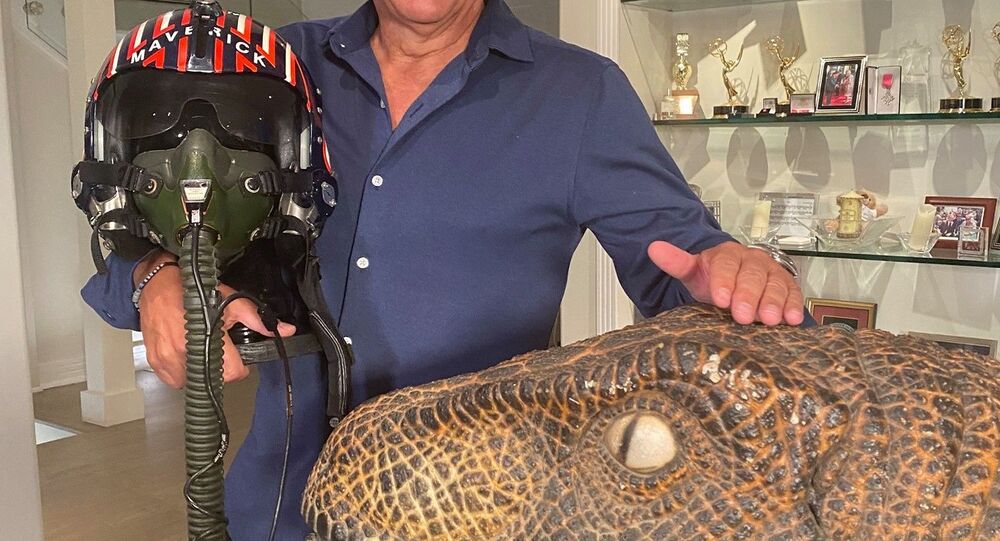 From ‘Vertigo’ to ‘The Hunger Games’: LA Entertainment Auction to Feature Over 850 Items

Movie buffs and collectors of Hollywood memorabilia will be given the opportunity in the coming weeks to browse, bid on and buy more than 850 coveted pieces of entertainment history during a virtual auction next month.

Prop Store, a prop art hobby shop headquartered in both London and Los Angeles, California, will host what it describes as “one of LA's largest and most exciting Entertainment Memorabilia Live Auctions” on August 26 and August 27.

As the registration window for the virtual auction draws to a close, Variety reported that Hollywood classics of both the past and modern times will be available, with prices ranging from $100 to $500,000.

The outlet noted that items up for grabs during the two-day event include the camera operated by Alfred Hitchcock during the filming of “Vertigo” in 1958, boxing gloves worn by Sylvester Stallone in the classic 1976 film “Rocky” and the original fighter pilot helmet worn by Tom Cruise’s character Pete “Maverick” Mitchell in “Top Gun.”

Tom Cruise’s original “Maverick” Fighter Pilot Helmet from Top Gun is up for auction. The helmet is part of a major auction of famous movie props with the auction house estimating that it will fetch around \$50,000. pic.twitter.com/JMumPZj9D0

While the aforementioned items of the auction do not exceed an estimated price of $100,000, those interested in more unique pieces should come with hundreds of thousands of dollars in disposable income.

For example, an 11-foot Nostromo Principal Filming Model Miniature from the 1979 film “Alien” is estimated to fetch anywhere between $300,000 and $500,000 during the virtual event.

Similarly, a 1977-78 Darth Vader promotional costume - complete with the poster-matched helmet - could go for as much as a quarter of a million dollars.