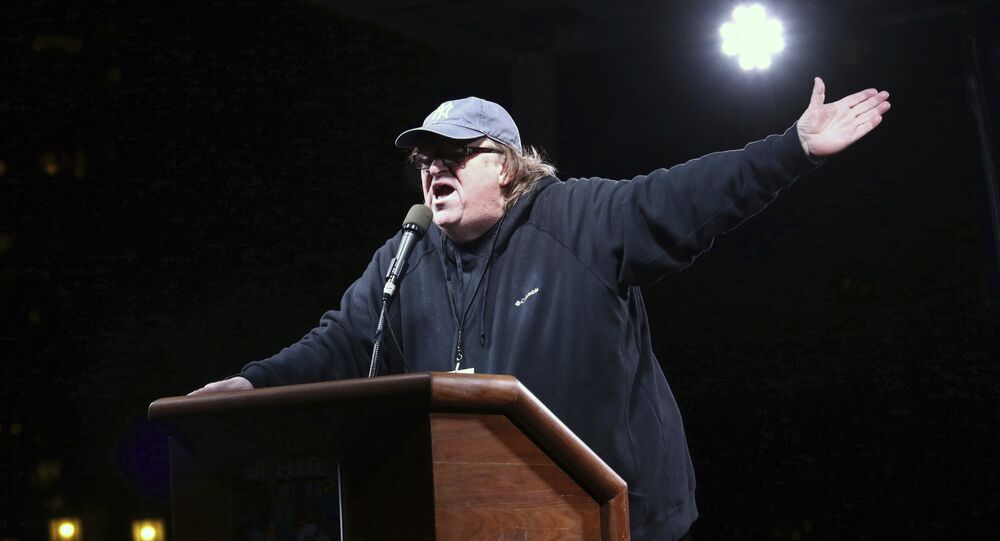 The documentary, which was produced by Michael Moore and directed by Jeff Gibbs, immediately provoked an uproar as environmental activists slammed the movie as "unscientific" and "dangerous".

Oscar-winning filmmaker Michael Moore's documentary has been scrapped from YouTube due to a copyright claim.

The website Deadline.com depicts the "Planet of the Humans" as a film, which "argues that purported ‘green solutions’ to fossil fuels offer a false promise of saving the planet from environmental collapse caused by global warming, over-consumption, and resource depletion".

Additionally, the movie focuses on issues related to possible financial conflicts of interest among leading environmentalist figures who promote green energy, such as former US Vice President Al Gore.

The "Planet of the Humans", which was produced by Moore and directed by Jeff Gibbs, gained more than 8.3 million views since it was released online in April.

In a written statement to the deadline.com, Gibbs slammed the removal of the movie as "a blatant act of censorship by political critics", adding that they are "working with YouTube to resolve this issue" to "have the film back up as soon as possible".

"It is a misuse of copyright law to shut down a film that has opened a serious conversation about how parts of the environmental movement have gotten into bed with Wall Street and so-called ‘green capitalists’", Gibbs asserted.

Toby Smith, who is the author of the copyright claim, for his part, told The Guardian that he contacted YouTube directly and had not approached Moore and Gibbs because he "wasn’t interested in negotiation", adding that he disagrees with the nature of the movie.

"I don't support the documentary, I don't agree with its message, and I don't like the misleading use of facts in its narrative", Smith said.

Shortly after the release, the film caused a broad public outcry, with environmental activists describing it as biased, "dangerous", and "unscientific".