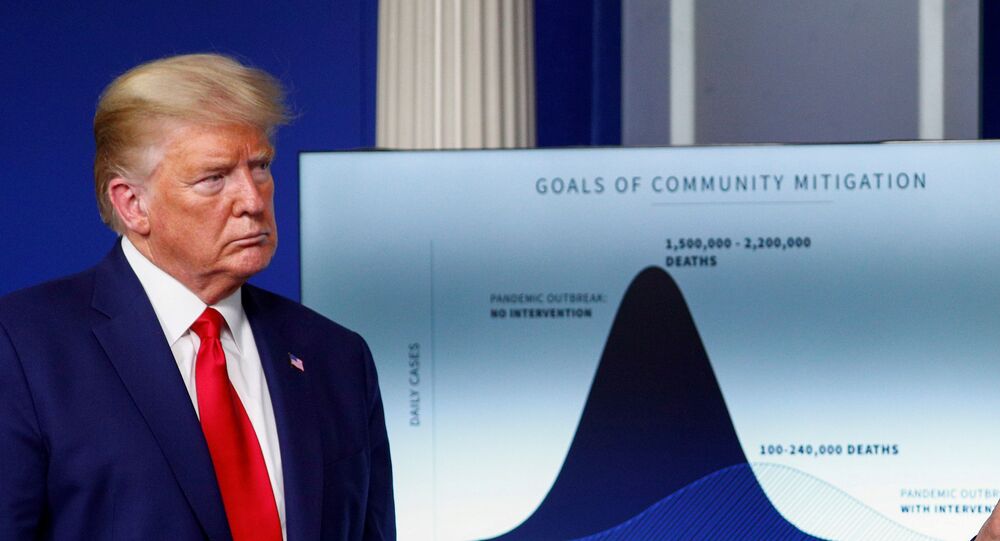 A forecasting model used by the White House is now predicting a peak of 60,415 COVID-19 related deaths in the US by early August compared to an earlier prediction on Sunday of 81,766 deaths.

The model was created by the Institute for Health Metrics and Evaluation (IHME) at the University of Washington. The latest update is in contrast to previous estimates; many public health experts, including Anthony Fauci, the director of the National Institute of Allergy and Infectious Diseases, had previously predicted that as many as 100,000 to 200,000 Americans could die from COVID-19.

The IHME model also suggests that the peak number of deaths in the US is expected by April 12 instead of April 16, as it had previously predicted. However, other leaders in Washington, DC, have claimed that the outbreak in the district, for example, won’t peak until June 28.

In a statement to the Washington Post, Alison Reeves, a spokesperson for the district, noted: “While we hope that our experience will follow a curve closer to the IHME model, we cannot use a single model for our preparation and risk being underprepared. We continue to refine our models and assumptions and are tailoring them to the DC population and context.”

Social distancing measures in top coronavirus hot spots - Italy, New York and California - appear to be effective, according to the IHME model. New York Governor Andrew Cuomo revealed Wednesday that the state may be experiencing a slowdown of the pandemic’s spread. There were 599 new deaths in New York on Monday, representing a decrease from the 630 deaths reported Saturday.

“All of the available information strongly suggests that social distancing policies are making a big difference,” said Dr. Greg Roth, a clinical advisor to the team behind the IHME model, the Los Angeles Times reported.

However, according to the Washington Post, state leaders are concerned about the federal government’s use of the IHME predictions; relying on just one model is dangerous if it is wrong or too optimistic. According to the IHME model’s creator Christopher Murray, it doesn’t assume that social distancing will only slow coronavirus transmission to a certain extent. Rather, the model assumes that social distancing and stay-at-home orders will reduce transmission sufficiently for government authorities to bring the outbreak under control, a more optimistic view than some other models take.

“When you plan, you want to plan for the worst-case, not for the average or best-case,” Natalie Dean, an assistant professor of biostatistics at University of Florida, told the Washington Post. “Because the risk is not proportional.”

WHO Chief Reveals He Received Death Threats Over Coronavirus Response