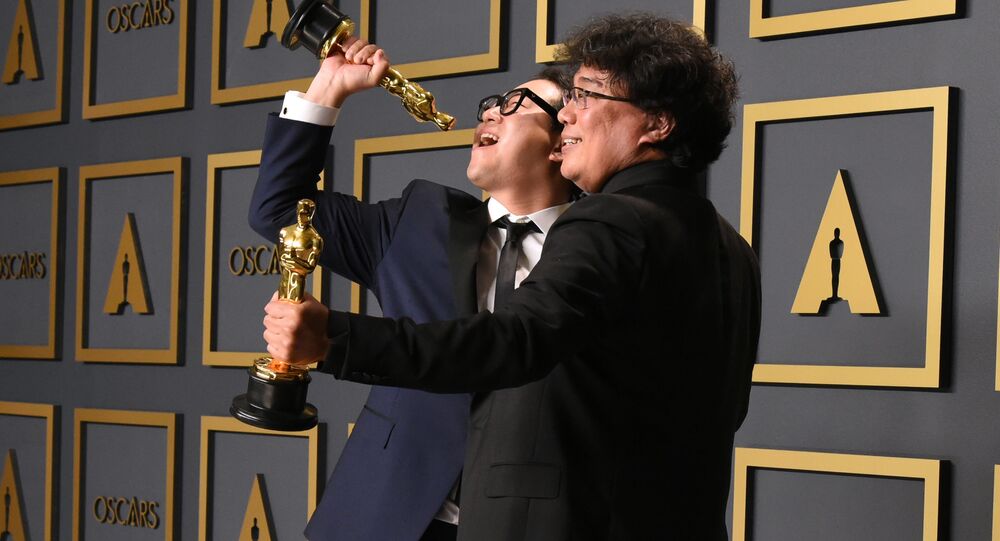 The movie studio behind the Oscar-winning South Korean film “Parasite” responded Thursday to US President Donald Trump’s criticism that a foreign-language film should not have won best picture at the 2020 Academy Awards.

"Understandable, he can't read," Neon tweeted from its official account, linking to a video of Trump complaining about the best picture award going to a foreign movie, which played in the US with subtitles.

​Earlier this month, “Parasite” became the first non-English-language film to win the Oscar for best picture. It also received best international feature and best original screenplay awards, and Bong Joon Ho won best director for his work on the film.

However, during a Thursday night rally in Colorado Springs, Colorado, the US president decided to bash the film’s win nearly two weeks after the golden statue was presented.

"What the hell is that? We got enough problems with South Korea with trade. On top of it, they give them best movie of the year?" Trump said.

"Was it good? I don't even know," he added, implying that he hasn’t seen the film.

Trump also had words for US actor Brad Pitt, who won best supporting actor for his role in the Quentin Tarantino-directed drama “Once Upon a Time in Hollywood.”

During Pitt’s acceptance speech, he made a dig at the US Senate, saying that his speaking time was “more than the Senate gave to John Bolton.” Bolton - the former White House national security adviser - did not provide testimony to the House or Senate during the recent impeachment proceedings against Trump.