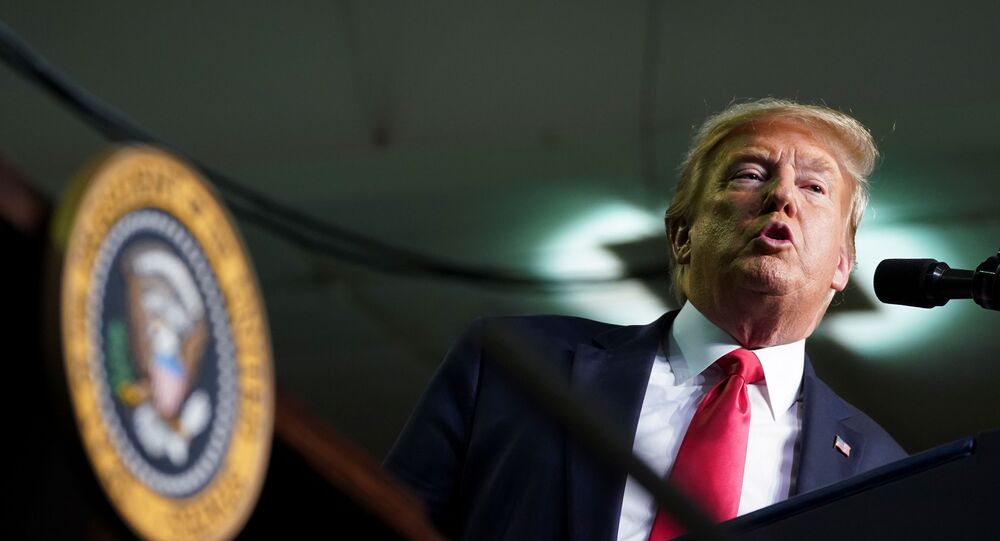 US President Donald Trump slammed the Academy Awards winners of Best Picture and Best Supporting Actor during his rally in Colorado Thursday night.

Trump blasted the Academy for giving the most prestigious award to South Korean dark comedy “Parasite,” directed by Bong Joon-Ho, which explores conflict between two families of different economic status. The film was highly acclaimed by critics worldwide and became the first winner in a language other than English in the history of the award, while also winning awards for best director and best original screenplay. However, the US president wasn’t impressed

“The winner is a movie from South Korea. What the hell was that all about? We’ve got enough problems with South Korea, with trade. And after all that, they give them best movie of the year?” Trump said to the crowd of supporters.

Trump goes off on the Oscars for giving Best Picture to Parasite because it's a South Korean movie pic.twitter.com/GUGKdExTbw

Best Supporting Actor Brad Pitt didn’t go unnoticed by Trump either, after the actor went political in his acceptance speech. Pitt mentioned John Bolton, joking about how the Senate voted against allowing witnesses during Trump’s impeachment trial. "They told me I only had 45 seconds up here, which is 45 seconds more than the Senate gave John Bolton this week," Pitt said, wondering if Quentin Tarantino is making a movie about it.