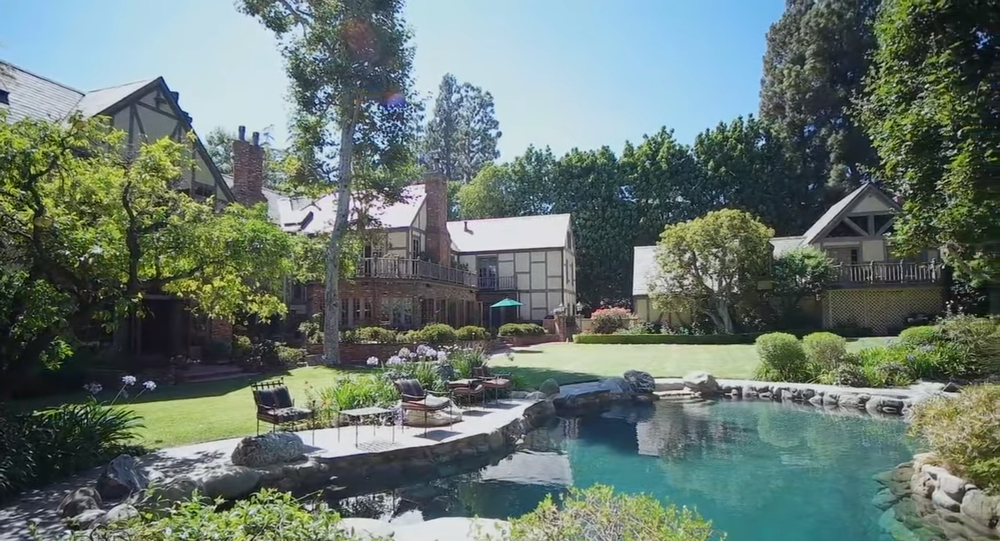 Amazon CEO Jeff Bezos, the world’s richest man, just dropped $165 million on a house in Los Angeles’ Beverly Hills neighborhood - the most any house there has sold for.

The world’s richest man valued at some $129 billion, Bezos is capable of buying the mansion nearly 800 times over.

The 9.4-acre property includes a 13,600-square foot mansion built in the Georgian style of late 18th-century British aristocrats, as well as a pool and a nine-hole golf course, the outlet noted.

Amazon CEO Jeff Bezos has just purchased the 9-acre Warner Estate in Beverly Hills that belonged to David Geffen. It is now the most expensive property ever purchased in Los Angeles pic.twitter.com/I0ZX0zGOuX

​Veteran Los Angeles real-estate agent Jeff Hyland once described the estate as “a private museum,” noting it was full of paintings by famous American artists and even a floor once owned by French Emperor Napoleon Bonaparte.

“No studio czar’s residence, before or since, has ever surpassed in size, grandeur, or sheer glamour the Jack Warner Estate,” Hyland wrote in “The Legendary Estates of Beverly Hills,” according to WSJ. Los Angeles Curbed noted the mansion has eight bedrooms and nine bathrooms.

According to the WSJ, the previous owner was David Geffen, a business magnate and producer who founded several record labels. Geffen bought the house for $47.5 million in 1990 - itself a record house purchase. When the housing market contracted several years later, Geffen opined to the New York Times that it was "a staggeringly stupid thing to buy - do you know an Arab sheik who wants it?"

The property joins such other recent Bezos buys as a $90 million undeveloped plot of land in Los Angeles once owned by the late Microsoft co-founder Paul Allen, and three apartments in New York that together cost $80 million, according to TMZ. A Business Insider writer compiled an expansive list of all the properties Bezos owns, including at least two others in the same neighborhood as the Warner Estate.