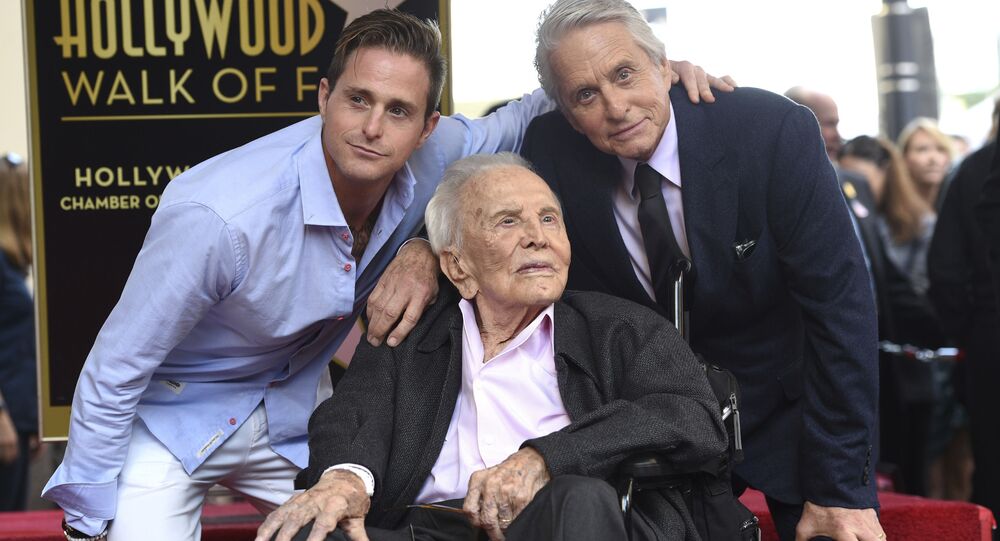 Kirk Douglas, one of the last surviving actors from the industry's Golden Age and renowned for his iconic roles in movies such as "Spartacus," died on Wednesday at the age of 103.

“It is with tremendous sadness that my brothers and I announce that Kirk Douglas left us today at the age of 103,” actor Michael Douglas, the late Douglas' son, said in a statement provided to PEOPLE. “To the world, he was a legend, an actor from the golden age of movies who lived well into his golden years, a humanitarian whose commitment to justice and the causes he believed in set a standard for all of us to aspire to.”

The 103-year-old is survived by Anne Buydens, his wife of 65 years, and sons Michael, Joel and Peter. Eric, his youngest son, passed away in 2004.

“Kirk’s life was well lived, and he leaves a legacy in film that will endure for generations to come, and a history as a renowned philanthropist who worked to aid the public and bring peace to the planet,” Michael said. “Let me end with the words I told him on his last birthday and which will always remain true. Dad- I love you so much and I am so proud to be your son.”

With over 90 acting credits, Douglas became one of the earliest stars of international film as he portrayed characters such as Ned Land in "20,000 Leagues Under the Sea," the warrior Einar in "The Vikings" and Vincent Van Gogh in the biopic "Lust for Life."

Though Douglas was nominated for an Academy Award three times between 1950 and 1957, he did not win until he was awarded an honorary Oscar in 1996 for his contributions to the motion picture community.

Lord of The Rings Author's Son Dies at 95