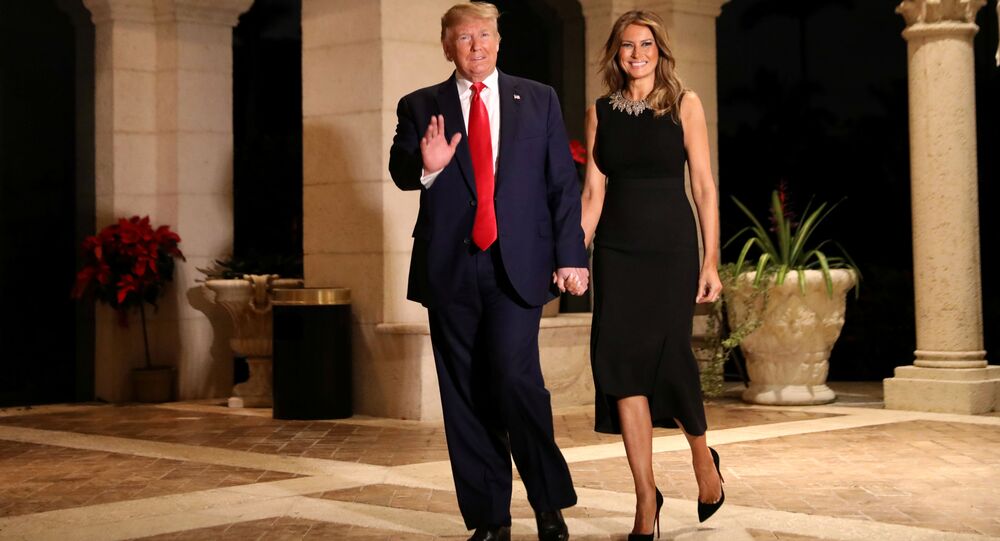 Mirror, Mirror on the Wall: New Book Reportedly Reveals What Part of Trump Melania Likes the Most

The focus of the FLOTUS’ attraction to her husband was reportedly revealed in a new book by CNN reporter Kate Bennett titled “Free, Melania”.

It appears that Melania Trump, wife of US President Donald Trump and current First Lady of the United States, is still quite attracted to her husband and to a certain part of his anatomy in particular, the Daily Express reports.

According to the newspaper, this particular tidbit about the relations came up in a new book by CNN reporter Kate Bennett titled "Free, Melania" where the FLOTUS comes clean about the focus of her fancy.

Melania and Donald Trump first met at a party in September 1998 and began dating while the real estate tycoon was in the process of divorcing his second wife, Marla Maples.

The divorce was finalised a year later, and in 2005 Donald Trump married Melania.