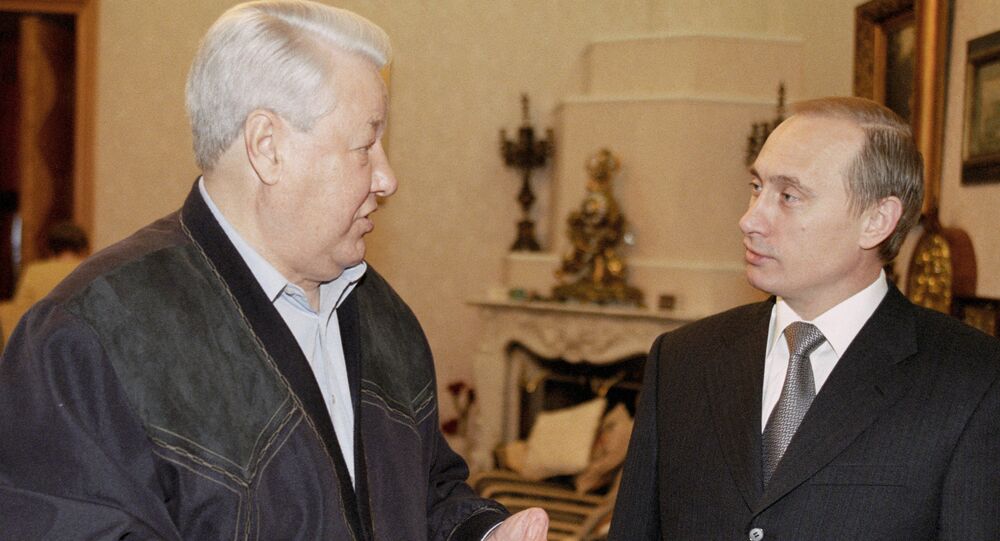 On 31 December 1999, Russia’s first president, Boris Yeltsin, announced his decision to step down, appointing Vladimir Putin as the acting head of state.

Russia’s then-President Boris Yeltsin asked Vladimir Putin only one thing when he picked him to succeed as the next Russian head of state, former adviser to the president Valentin Yumashev told the BBC in an interview.

“The only thing Yeltsin asked of Putin at parting was to 'take care of Russia'", the adviser recalled.

According to Yumashev, talk about Putin and Yeltsin having had some agreements regarding staff appointments and ensuring the security of the former Russian leader and his family is "complete nonsense". As Yumashev noted, Yeltsin, being a wise politician, was well aware that all such agreements would end as soon as a new person assumed the presidency.

He also noted that the current president is trying to meet his predecessor’s request. Yumashev believes that Russia, under the leadership of Putin, has managed to improve its economic situation.

© Sputnik / Mikhail Klimentyev
Russia’s Ex-Finance Minister Reveals How Putin Saved the Country’s Economy
Putin was first elected as president in 2000 and re-elected in 2004. He was barred by the constitution from running in 2008 and assumed the post of prime minister. That same year, the constitution was amended in order to extend the presidential term to six years. In 2012, Putin once again became president of Russia. After another six years in office, he won re-election last March with 76.69 percent of the vote.

In 1991, Yeltsin became the first president of the Russia Federation. Until his resignation in late 1999, Yeltsin's leadership during the stormy decade of political and economic crises led to the establishment of a more open society in Russia.