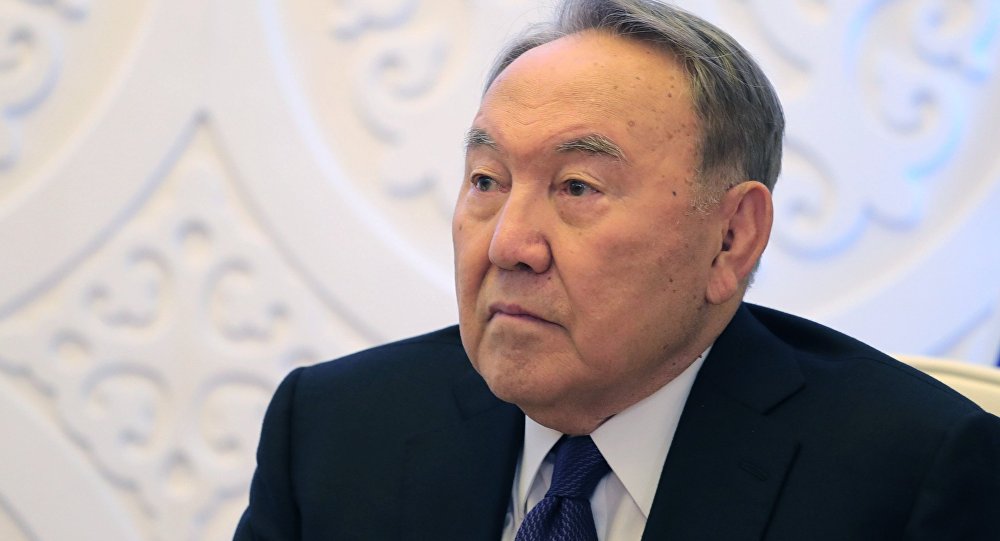 The first President of Kazakhstan Nursultan Nazarbayev resigned this March after 29 years in office, succeeded by Kassym-Jomart Tokayev. During his tenure, Russia and Kazakhstan enjoyed warm bilateral relations, maintained intensive political contacts and managed to achieve a high level of economic integration.

Sputnik spoke to Kazakhstan’s first president, Nursultan Nazarbayev, to ask what impressions he had 20 years ago when Vladimir Putin became President of Russia; what was striking about his new Russian counterpart, and what relations have developed between the two leaders of the largest post-Soviet states. Nazarbayev also shared his opinion on whether the Russian President is a man of his word, what his primary merits are, and what he feels are the main results of the “Putin era.”

Sputnik: You have met with Vladimir Putin many times. When did you find out that Putin would succeed the first president of Russia? What impression did he make on you?

Nursultan Nazarbayev: The 1990s era was complex and contradictory. It was during this period that cardinal political and economic changes occurred not only in Russia but throughout the world. There was a transition from the old Soviet system to a market economy; the foundations of modern Russia were laid.

All this was happening through a struggle. Many disagreed with the ongoing reforms and changes in society. To Boris Yeltsin’s credit, he believed the pursued course was the right one, to completely transform Russia.

Russia’s first president, Boris Yeltsin, took his time choosing his successor, eventually deciding on Vladimir Putin. At the dawn of the 21st century, a new politician came to the Kremlin who stood among all of his predecessors. I don’t think that, at the time, anyone could say that the “Putin era” had begun in Russia.

The first thing that struck me when Vladimir Putin took office was his extensive knowledge, energy and readiness to solve the most difficult issues. Twenty years ago, I had the feeling that the young politician was ready for everything, and that he would be able to respond to any challenge clearly and accurately.

I think the Russian people were fortunate to have Putin, who at the beginning of the 21st century, headed the country and led it through the most challenging trials. Under his leadership, Russia became a great power again.

Nursultan Nazarbayev: As the saying goes, “it’s easy to advise others, but it’s difficult to make your own decisions.” It’s especially true about unpopular decisions which will affect the fate of millions of people. Being at the helm is a huge responsibility and a heavy burden that not everyone can handle.

I want to note here that upon taking office Vladimir Putin already had substantial political experience. However, he was open and was ready to listen to the opinions of his friends and colleagues.

A trusting relationship has developed between us. Each of our meetings goes beyond the approved arrangements, often exceeding allotted times. We often discuss issues, exchange opinions, sometimes argue and try to prove the correctness of our position. These are ordinary working moments for the leaders of Eurasia’s two largest states. As you know, truth springs from disputes.

I want to point out that time gives the most objective and unbiased assessment of the activities of any politician. History knows no ‘ifs,’ and I think it’s too early, to summarize the “Putin era.”

Sputnik: You said that Putin is a man of his word. In his 20 years of experience, has he ever departed from his promises, when it was beneficial to Russia? Is this quality useful when in such a position, or is it obstructive?

Nursultan Nazarbayev: For Putin, keeping promises is a matter of honour. It should be noted that securing his word is worth the effort. At the same time, Vladimir Putin was and is a person who knows the value of true friendship.

Let’s take a life example. Who will be friends with an evil, unfriendly, cunning and deceitful person? I doubt there’ll be anyone. No one will even want to maintain normal relations, not to mention, be friends.

The same is true for politicians and states. After all, they are also different – peace-loving and aggressive, friendly and evil, true to their word, and betraying their allies.

In the East, they say: “Stones and sticks are thrown only at fruit-bearing trees.” His policy is bearing fruit – every year, Russia’s power and international influence grow.

Sputnik: Have you had any serious disagreements with Putin? Do you like everything he does in the interests of the country?

Nursultan Nazarbayev: Any politician should express and protect the interests of their country. Vladimir Putin is a pragmatic politician and an effective negotiator.

However, who in the modern world looks towards weak politicians or states? A weak politician cannot defend his country’s national interests. Therefore, the dream of any politician and patriot is to make their homeland prosperous and make their country one of the world’s most developed. Without that, it’s impossible to feel self-esteem and pride in the country of which you are a citizen. 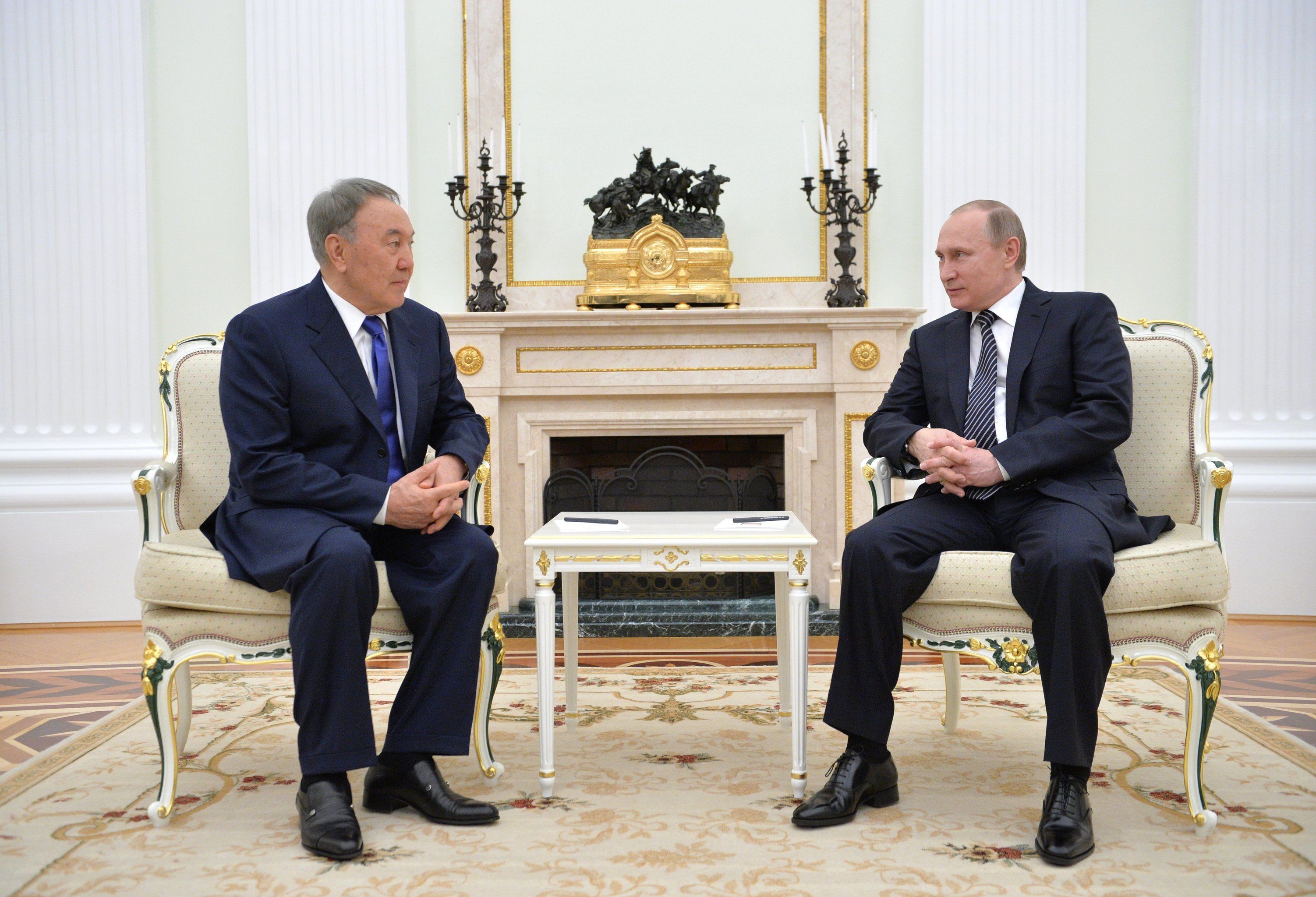 Today, not a single major international issue is resolved without considering the opinion of the Russian Federation. It is a pole of global influence in the world. Is this not the credit of Vladimir Putin, who stands at the helm of the Russian state?

Though the positions of Kazakhstan and Russia are similar on many issues of the international agenda, we have our own vision of solving certain problems.

In Kazakhstan, we understand this, and therefore we are doing everything possible towards mutually beneficial cooperation with all of our neighbours.