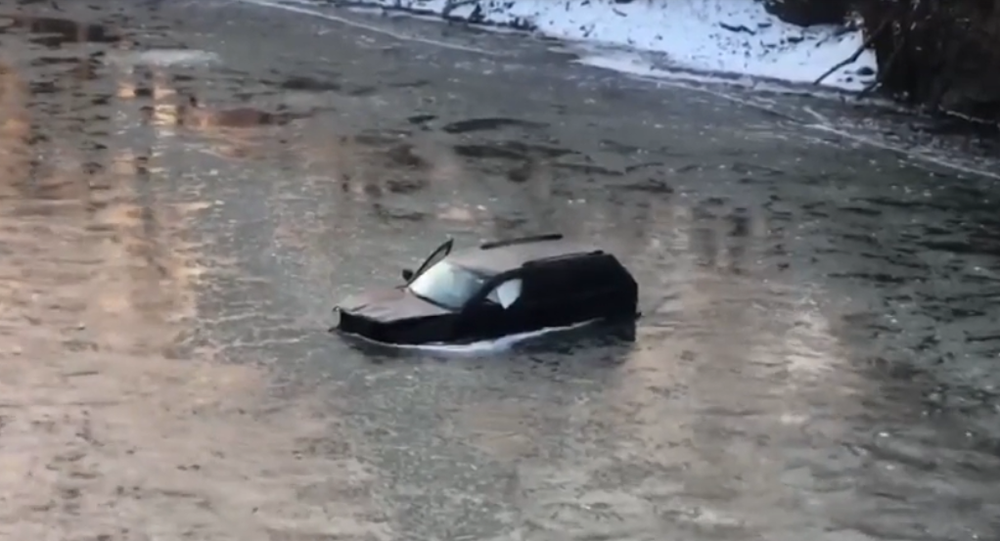 “Siri, call 911.” These are the words 18-year-old Gael Salcedo shouted after losing control of his car and plunging straight into the Winnebago River in Charles City, Iowa.

According to Salcedo, he was driving to North Iowa Area Community College when his Jeep hit a patch of ice, causing him to lose control of the vehicle, which eventually fell into the nearby river with him inside it.

"I didn't know where I was going, and then I just didn't know what to do. I was just thinking in my head 'I think I'm going to die,'" Salcedo told local news outlet KIMT.

While trapped in the sinking car, Salcedo scrambled to find his iPhone, but he couldn’t see it, so he called out to Apple’s digital assistant, Siri.

"I lost my phone, and since I couldn't find it, I was like 'Hey Siri, call 911.' And once Siri called, that's when I found my phone finally," Salcedo explained.

Siri’s 911 call connected Salcedo to firefighters in nearby Mason City. Once firefighters arrived at the scene, they helped Salcedo crawl out of the car through the passenger side window and get to the riverbank, since the river current had sealed the driver’s side door shut.

"[I] basically explained to him [Salcedo] that there's no other way. You're going to have to walk out. I'll be right there with you holding on every step of the way," Lieutenant Craig Warner with the Mason City Fire Department is quoted as saying by KIMT.

Salcedo was forced to walk through the freezing water to safety.

"My hands were freezing. I couldn't feel my legs anymore, so I was struggling a lot, and the water was just so strong," Salcedo told KIMT. "I kept tripping, and I had the guy help me up a bunch of times, and I used all my strength to get out of the water."

Once firefighters helped Salcedo out of the river, he was taken to a local hospital, where he was treated for shock and released a few hours following admission.