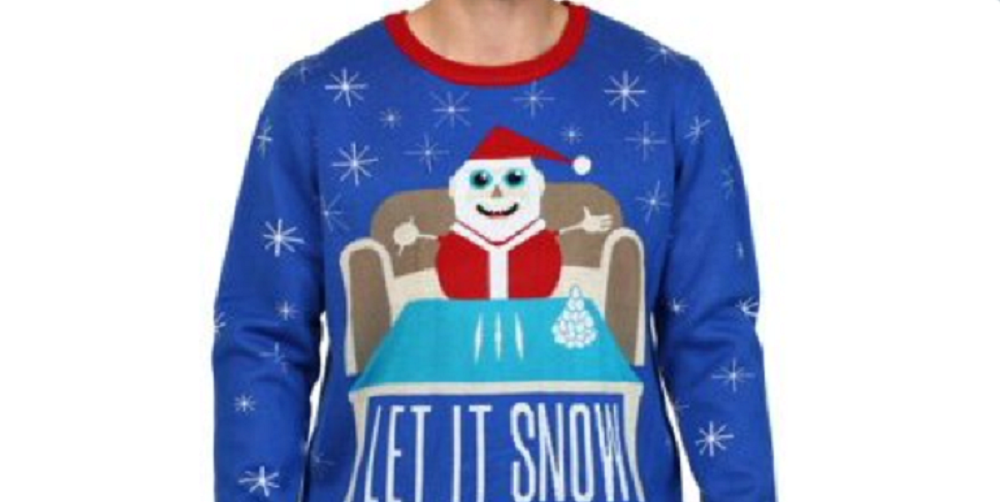 American multinational retail corporation Walmart has apologized for its Christmas sweater featuring a wide-eyed Santa Claus sat at a table with lines of cocaine. The sweater was being sold on the company’s Canadian website.

"These sweaters, sold by a third-party seller on Walmart.ca, do not represent Walmart’s values and have no place on our website," a spokesperson for the company told media outlets Saturday. "We have removed these products from our marketplace. We apologize for any unintended offense this may have caused."

​The sweater has the words “Let It Snow” sprawled across it and features Santa, with a pipe-like device in hand, sitting at a table with three lines of cocaine arranged next to a pile of the drug.

“We all know how snow works. It’s white, powdery and the best snow comes straight from South America. That’s bad news for jolly old St. Nick, who lives far away in the North Pole. That’s why Santa really likes to savor the moment when he gets his hands on some quality, grade A, Colombian snow,” the description of the swear read.

​The sweater was created by third-party company called FUN Wear. Other sweaters created by FUN Wear and sold on on Walmart’s website were also pulled by the retailer, including one with a pantless Santa “roasting his chestnuts” and another depicting a lingerie-wearing Mrs. Claus gearing up to whip her husband’s bare rear end.

This is not the first time that Walmart has sold objectionable items.

Last year, the company apologized for mistakenly placing a back-to-school sign over a firearms display in an Evansville, Indiana, store. The sign read: “Own the school year like a hero.” In 2017, Walmart apologized for a third-party ad on its website that referred to the color of a wig cap as “n***** brown.”

Walmart Will Quit E-Cigarette, Vaping Devices Due to Health Risks