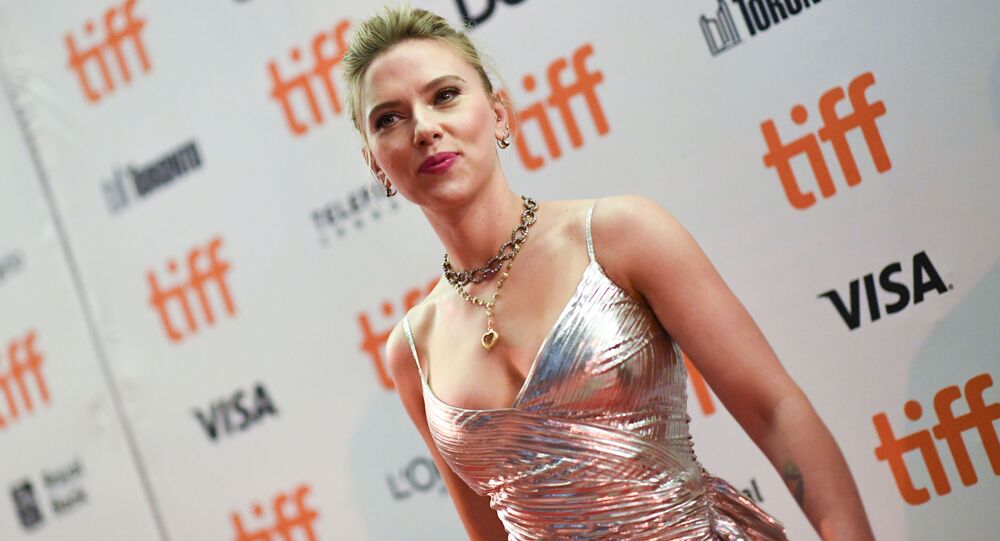 The star of Marvel’s Avengers saga was named “Sexiest Woman Alive” by Esquire magazine in 2006 and 2013, while this year she was ranked 7th in Harper's Bazaar's list of most beautiful women.

Hollywood star Scarlett Johansson has said she was hypersexualised when she worked in Hollywood in her late teenage years and early 20s. The 34-year-old actress made the statement during a round-table interview with the Hollywood reporter, which also featured such popular actresses as Rene Zellweger, Lupita Nyong’o, Laura Den, Jennifer Lopez, and Awkwafina. Johansson said she had never intended to be cast as a seductive woman.

I felt that I got somehow typecast as hypersexualised, which I guess at the time seemed OK to everyone — it was another time — even though it wasn't part of my own narrative. It was kind of crafted for me by probably a bunch of dudes in the industry.

The star of the Avengers series, who will once again put on the Black Widow costume in 2020, said at some point she even thought about choosing a different job in the movie industry that would be “more fulfilling” and stressed that a role in Arthur Miller’s Broadway drama “A View from the Bridge” helped her to realise what opportunities were available to her.
Johansson added: “The climate is so different now, there are so many wonderful opportunities for women of every age to play all different types of people".

The 34-year-old reiterated her position on Marvel superhero movies after prominent directors Martin Scorsese and Francis Ford Coppola lambasted them. Scorsese, who directed Taxi Driver, Goodfellas and The Wolf of Wall Street, called Marvel films “not movies” and “theme parks”, while Coppola branded them “despicable”. Johansson, who starred in a handful of Marvel projects stressed that there is a place for all kinds of cinema and said the statements seemed old-fashioned.

"I actually didn't totally understand that statement, because I guess I needed some insight as to what it meant exactly. But somebody pointed out to me that perhaps what the statement meant was that there's no room for smaller films, because the cinema is taken up by these enormous blockbusters, and smaller movies don't have a chance at the theatre, which I hadn't actually considered and think is a valid point”, Johansson told the Hollywood Reporter.