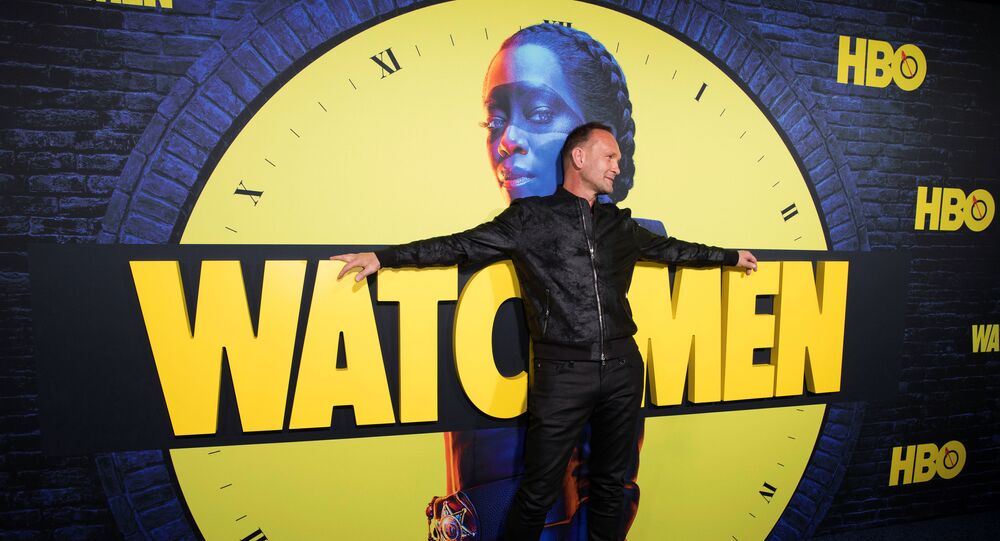 Marvel should be very concerned, as DC’s new TV series Watchmen, which premiered on HBO on 20 October, seems to have stolen everyone’s hearts.

When HBO announced its plans to make the Watchmen series, comic book fans smirked and rolled their eyes. Adapting Alan Moore and Dave Gibbons’ novel, which is set in an alternative universe, to TV is a daunting task to say the least. Darren Aronofsky (Requiem for a Dream, The Black Swan) and Paul Greengrass wanted to make a movie, but reconsidered, while Terry Gilliam (Twelve Monkeys) said the story is “unfilmable”. The 2009 adaptation directed by Zack Snyder polarised film critics and comic book fans, although it was received warmly.

The wait is over. pic.twitter.com/q3CyOzrshS

​But it seems that HBO has proven comic book fans wrong after it premiered the show on 20 October. The new adaption of Watchmen not only made critics bite their tongues, but it also stole the hearts of the audience, with social media users heaping praise on the show’s cast and creators.

I've never been more invested in a show after only watching one episode than I am for #WatchmenHBO #Watchmen pic.twitter.com/oN2nL0j28i

It's also not lost on me that the director of this pilot episode is a woman. #WatchmenHBO

​Users lauded the writers' decision to look at the troubled history of race relations in the United States. The episode details the events of the 1921 Tulsa Massacre.

REALLY enjoyed the premiere of #WatchmenHBO , but am embarrassed to admit that I assumed the opening scenes were an “alternate history” of a race massacre. Horrified to learn that the Tulsa “Black Wall Street” killings were a very real thing: https://t.co/91B7Hn7ZgX… 😳😖

Because of #WatchmenHBO, the 1921 Tulsa Race Massacre had a massive spike in searches on Google. The flat line was right before 9PM, until the show premiered. pic.twitter.com/Kh6vdYS6I2

​The cast features such famous actors as Regina King, Don Johnson, and Jeremy Irons, who - surprise-surprise - plays the bad guy!

​When you see Oscar-winning duo Trent Reznor and Atticus Ross in the credits you know that the soundtrack won’t disappoint.

If there is not a physical release of Trent Reznor and Atticus Ross' WATCHMEN score by Christmas, I will have no choice but to cancel Christmas entirely.

​It is quite tricky to keep up with all the intricacies of superhero movies if you are not a comic book fan or have not read the original story, as one invariably ends up asking "why is this guy wearing a green mask letting the guy in the cape go - he killed dozens of people, yada, yada, yada..." Judging by what users have said, Watchmen doesn’t suffer from this issue.

As to whether you need to have read the graphic novel, I’ll echo other critics who’ve said that’s not necessary to get something from #WatchmenHBO. That said, if you have read it or refreshed w @sepinwall primer, you may get more from its layers.