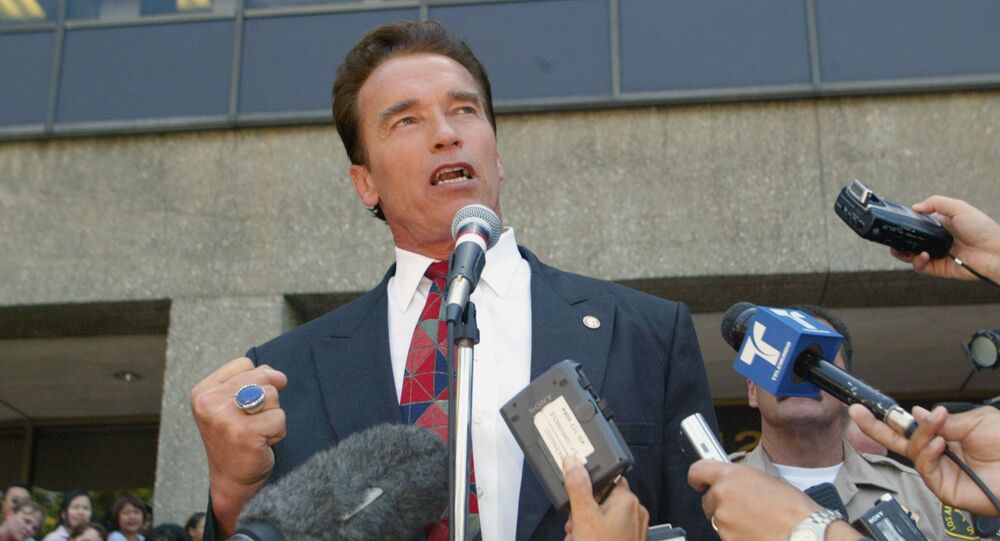 The 72-year-old actor and former California governor has harshly criticised US President Donald Trump for the latter's decision to roll back some Obama-era environmental policies, in particular California’s regulation on automobile emissions, calling Trump’s decision “un-American”.

The former California governor was spotted in a massive vehicle days after he met environmental activist Greta Thunberg. Schwarzenegger introduced Thunberg to his daughter Christina and they even went cycling together. On his social media, he called the 16-year-old his “friend” and “one of my heroes”.

It was fantastic to see my friend and one of my heroes @GretaThunberg last week and go on a bike ride around Santa Monica together and I was so pumped to introduce her to my daughter Christina. Keep inspiring, Greta! pic.twitter.com/3Q6ZuInJHY

​Despite Schwarzenegger's strong condemnation of US President Donald Trump’s decision to abolish Obama-era environmental regulations calling it “backward thinking” and “un-American” he drives vehicles that can hardly be called eco-friendly.

The Hollywood star has various Hummers, an ex-military Dodge M37, an M47 Patton tank, a Mercedes-Benz Unimog and the Pinzgauer he was recently spotted in. Pinzgauers start at $18,000 and may cost upwards of $70,000, depending on the model.

Arnold I use to admire you! Driving a tank a saying that your about climate control is totally hypocritical! Bye the way all that climate change stuff is a bunch of BS!

Haha did you drive your humvee or your tank to meet her? That tank you drive around polluting the air, does it have a bike rack on it? Grow up clown

​Greta Thunberg’s meeting with Schwarzenegger came days after she met another Hollywood icon Leonardo DiCaprio, who is also an outspoken environmentalist. The 45-year-old actor posted a photo with the climate crusader on his social media praising her and saying that he hopes Thunberg’s message “is a wake-up call to world leaders everywhere that time for inaction is over".