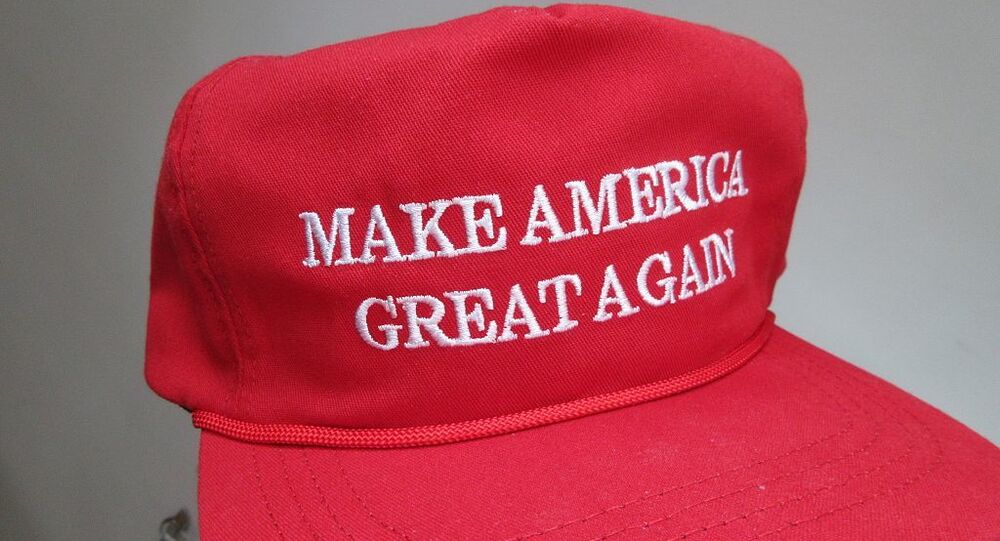 An incident involving several students wearing red MAGA hats symbolising Donald Trump’s election campaign led to a massive public outcry this January, with many of the US president’s opponents accusing the teenagers of racism. They were, however, later forced to retract their comments after the incident was presented in a new light.

German-born man Matthias Ajple has reportedly been arrested in Florida for spitting on an elderly Donald Trump supporter who was wearing a red MAGA hat, and calling him “f*****g communist”. Ajple also allegedly told him to “go back to Russia”, an arrest affidavit obtained by the Smoking Gun read.

According to investigators, 67-year-old Robert Youngblood was assaulted by Ajple on Friday while sitting with friends at the restaurant Hurricane Grill & Wings in Vero Beach. He was wearing his red hat with “Make America Great Again”, when approached by 43-year-old Ajple who said “you should go back to Russia you f*****g communist” and then slapped the brim of Youngblood’s hat. Two of the Trump supporter’s friends then witnessed how Ajple leaned over Youngblood and spat on him.

The police were able to track Ajple down based on his license plate number, which Youngblood had managed to wirte down. Ajple refused to provide a statement but is said to be “excited” to go to jail.

“I just was just trying to protect you guys because I support law enforcement, Trump supporters are communist and racist", Ajple said after Youngblood identified him as the attacker. “I don’t even care that I’m going to jail, this is actually exciting. Plus, I have more time on this Earth than he does anyway, he probably feels so good about himself”.

Ajple was released from jail on Saturday morning after being in detention for sevral hours. His hearing on misdemeanor charges is currently scheduled for 19 November.

Trump’s MAGA hats, which can be currently bought on the president’s 2020 presidential campaign website, came under increased public attention following an incident involving Covington Catholic High School students and a Native American elder whom they allegedly mocked. The video showing a part of the incident sparked widespread outrage from left-wing activists and Trump's opponents. However, later a longer version of the video emerged showing the incident and prompted many accusers to retract their earlier comments and apologise to the students.