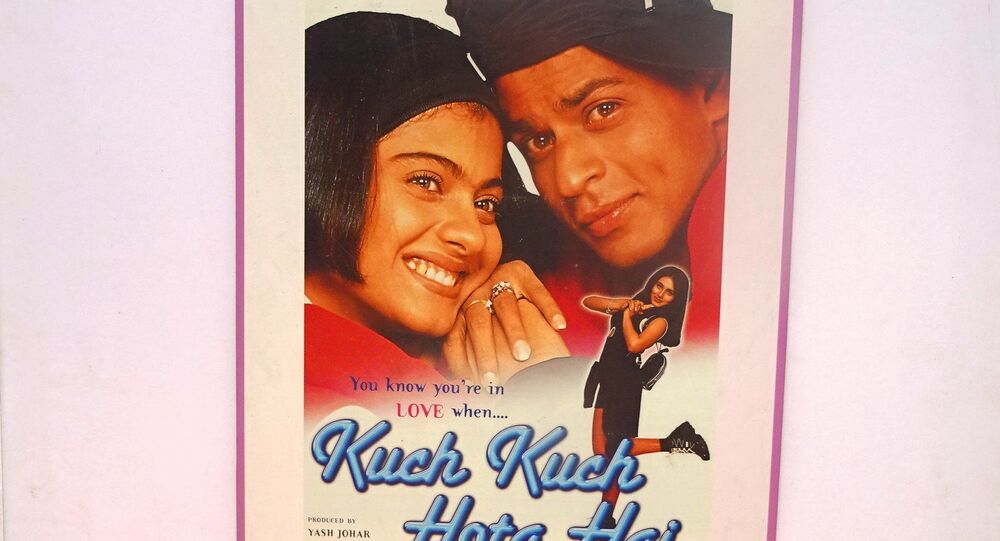 The film was written and directed by Karan Johar and served as his Bollywood debut; Johar now has numerous other super hit Bollywood movies under his belt. Celebrating the 21st birthday of 'Kuch Kuch Hota Hai' film, Karan took to Instagram and Twitter to share his sentiments.

Firsts are always special! The cast, crew, music & the heart & soul of this film was all in the right place❤️ Thank you for making this journey a timeless one even after 21yrs! #21YearsOfClassicKKHH @iamsrk @kajol #RaniMukerji @beingsalmankhan @apoorva1972 @DharmaMovies

Firsts are always special! The cast, crew, music & the heart & soul of this film was all in the right place❤️ Thank you for making this journey a timeless one even after 21yrs! #21YearsOfClassicKKHH @iamsrk @itsKajolD #RaniMukerji @BeingSalmanKhan @apoorvamehta18 @DharmaMovies pic.twitter.com/p8OpdLX8AD

The film, released in 1998, was based on a love-triangle starring superstar Shah Rukh Khan opposite ravishing actresses Rani Mukherjee and Kajol. Another superstar, Salman Khan, also played a small but significant part in the movie.

Bollywood fans from all over the world are posting nostalgic tributes to the film that made the concept of “Love Is Friendship” famous in India.

#KKHH, #21YearsOfKuchKuchHotaHai and #21YearsOfKKHH is trending on Twitter in India.

21 years... i was the fan and now my daughter is... when we play n i cheat she say.. “ papa is a cheater na nana na na” n i say “hey mujhe cheater mat bulao”@iamsrk @karanjohar @itsKajolD #RaniMukerji #kuchkuchhotahai #KKHH @apoorvamehta18 https://t.co/DJRzwNVbWV

Thank you karan for making this special movie for 90s kids..😍😍 this movie take special place in our heart 😘😘 #21YearsOfClassicKKHH #SpecialEdition #love 💕

My favourite @iamsrk film and my favourite film @karanjohar you directed. I know all the songs and dialogues by heart.

This beautiful event when we had the special screening of #KKHH for all the beautiful #Srkians 😍
Relishing these memories on this special day #21YearsOfClassicKKHH #21YearsOfKuchKuchHotaHai #21YearsOfKKHH pic.twitter.com/G3OrjNP0IG

KKHH has crossed its adolescence and I'm not able to get over my teenage issues. #KKHH https://t.co/XL0WYWWOca

At the time, in 1998, the movie earned a total of $15 million worldwide, making it the third Hindi film ever to gross over $14 million globally.