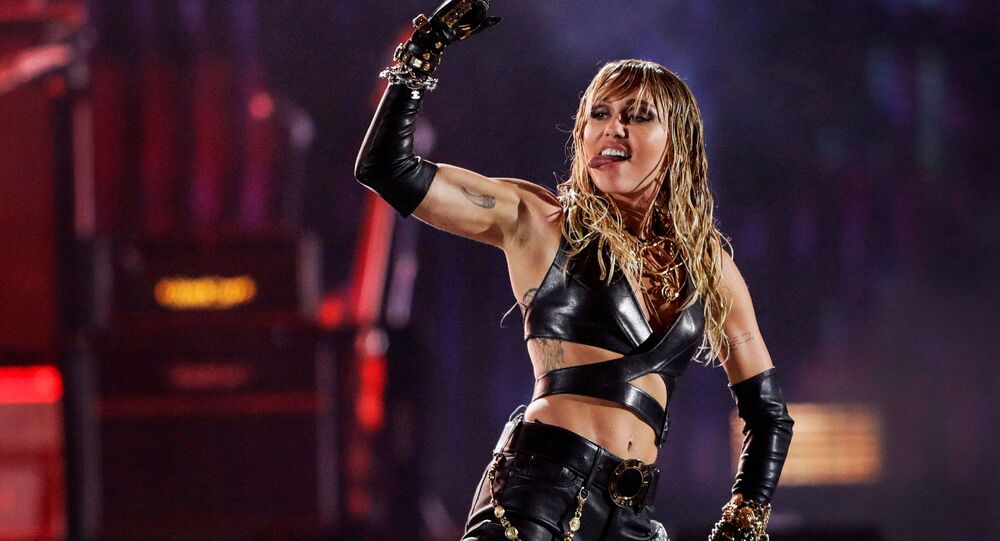 After a month-long romance, Miley Cyrus, 26, and reality TV star Kaitlynn Carter, 31, have recently broken up, prompting a wave of rumours and comments on social media.

The pop singer has released a lengthy statement on her Twitter account addressing "haters" who criticised recent developments in her love life after she was reportedly spotted kissing Australian musician Cody Simpson, 22, at a store in Los Angeles.

"Men (especially successful ones) are rarely slut shamed. They move on from one beautiful young woman to the next MOST times without consequence. They are usually referred to as ‘legends,’ ‘heart throbs,’ ‘G,’ ‘Ladies Man,’ etc…. where women are called sluts/whores! I am trying to just THRIVE/survive in a ‘mans’ world. If we can’t beat em, join em!" Miley Cyrus wrote.

Apparently, Miley Cyrus is ​done being "slut-shamed" for living her life as she wants.

Social media users have supported the singer and actress, responding to her statement.

Girl you do you! Life is too damn short, might as well have some fun! I don’t get why ppl think those in the spotlight should serve as a “perfect” role model bc those ppl DON’T exist. I respect you & your decisions. Honestly wish I was having as much fun as you are rn 🤪

​Miley Cyrus confirmed in August that she and “Hunger Games” star Liam Hemsworth, 29, had separated after less than a year of marriage. As news of her divorce emerged, Cyrus was spotted on an Italian holiday with Kaitlynn Carter, who had also split from her husband Brody Jenner not long before.

Cody Simpson and Miley Cyrus are known to have been friends for several years.