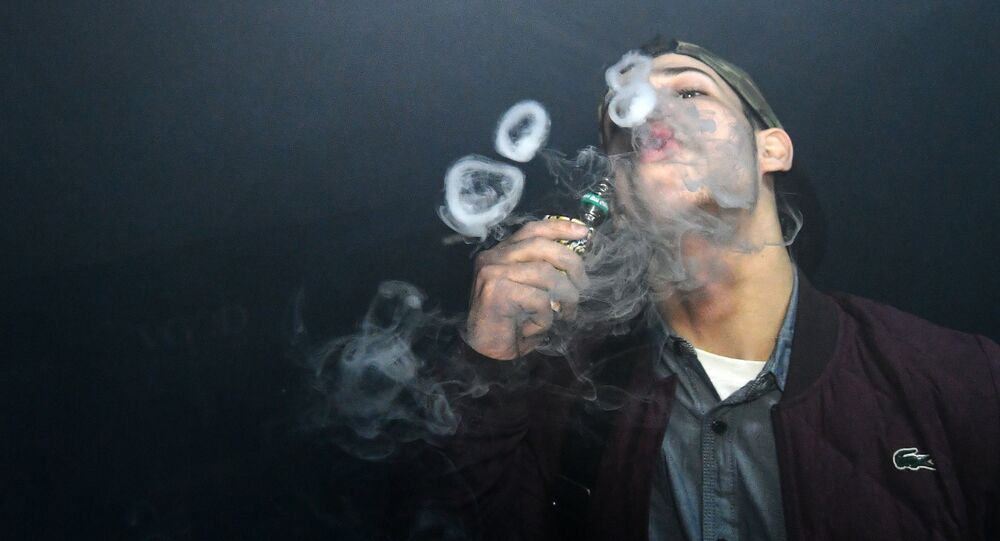 The news comes as health officials in Oregon reported that another person died from an unknown lung disease. This brings the national death toll to 13.

Doctors in the United States are still struggling to find out what mysterious disease has afflicted hundreds of people. The average age of patients suffering from this unknown ailment is 19. Most of them have reported using vaping pens or cigarettes, containing THC or tetrahydrocannabinol – the active ingredient in marijuana.

"We are dealing with a new epidemic," said Dr Melodi Pirzada, a pediatric pulmonologist at NYU Winthrop Hospital in Mineola, New York, on Long Island.

NBC News sent 18 marijuana vaping cartridges to CannaSafe, one of the leading cannabis testing facilities. Fifteen of them were bought from unlicensed dealers, and only three were authentic. No dangerous substances were found in licensed products.

Thirteen knock-offs contained Vitamin E, which causes lung damage when inhaled in the THC mixtures. Ten of the eighteen bootleg marijuana cartridges were found to contain pesticides and myclobutanil that transforms into cyanide when burned.

"You certainly don't want to be smoking cyanide. I don't think anyone would buy a cartridge that was labelled contains hydrogen cyanide", said Antonio Frazier, the vice president of operations at CannaSafe.

Sales of marijuana vapes dropped by as much as 60 per cent after news of the mysterious disease broke out. The exact cause of the illness remains unclear. The Center for Disease Control and Prevention advised against using vaping pens and e-cigarettes. President Donald Trump said his administration plans to ban flavoured e-cigarettes and vaping pens.