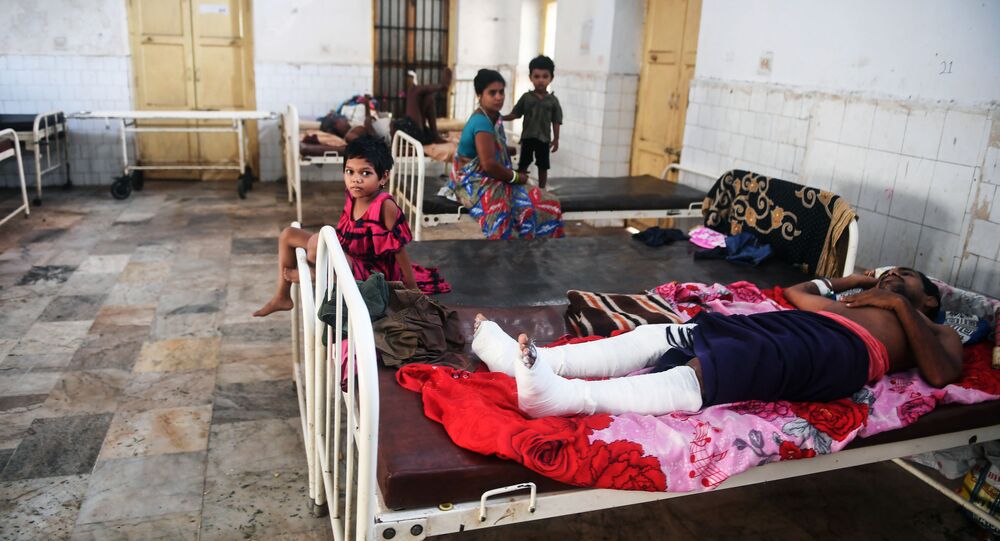 New Delhi (Sputnik): Unable to pay for a private hearse, a poverty-stricken tribal man in the Indian state of Odisha had to carry his family member’s body from the hospital to his village, by using a self-made improvised stretcher made of cloth tied to bamboo poles, to perform the last rites.

The deceased was Nigidi Majhi, he was admitted to the hospital with a fever, but died on Monday, 15 July. The family reportedly approached medical officials to provide transportation for the body.

The incident occurred in one of India’s most undeveloped areas in Kalahandi in Orisha state. The family claims they were denied the use of NGO-run hospital’s hearse because it is not available on Mondays.

When the photograph was posted on social media, the Twitterati had plenty of angry reactions questioning the State of affairs in the district.

The family was denied the service despite the Odisha government’s scheme that offers free transport to the deceased poor.

​​Previously, in a similar incident which drew international media attention, a man was forced to carry his wife’s body on his shoulders after being denied transportation.

Soon after the incident, Odisha’s Chief Minister Naveen Patnaik launched a scheme to ensure that the transport is provided to carry the dead bodies of the poor from the hospital.