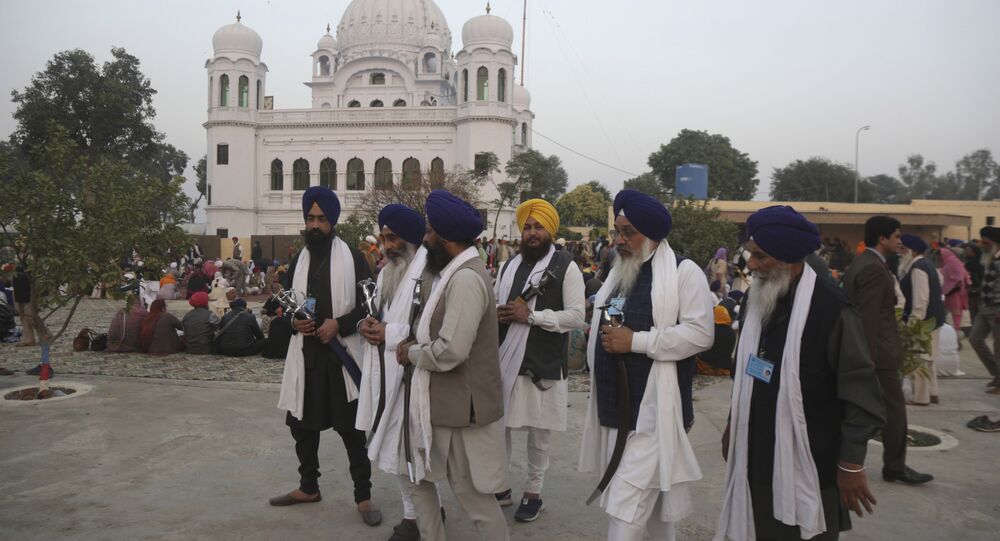 Sikhs Seek Apology from Gucci for Offending Their Sacred Symbol

The turban was previously sold online by the US company Nordstrom for a price of $790, until the retailer moved to pull it from shelves, while apologising to Sikhs.

As US luxury department store chain Nordstrom has ended up apologising to the Sikh community for selling a turban the latter deemed offensive, a representative of a Sikh civil rights group stated that they're now wait for Gucci, the headwear’s designer, to follow that example.

"We feel that companies are commodifying and capitalising on something that is dear and sacred to people around the world," Simran Jeet Singh, a senior fellow with the New York-based Sikh Coalition, said, pointing out that the turban carries a deep religious significance for people who profess the Sikh faith.

© Photo : floydmayweather/instagram
Floyd Mayweather Wears Head-to-Toe Gucci as Brand Gets Mired in Racism Scandal
"And there is tension over the fact that the very article of our faith has been the focus of so much hate and violence and bullying," he added.

The turban in question was, until recently, sold by Nordstrom for $790, advertised as the "Indy Full Turban" and described as "a gorgeously crafted turban is ready to turn heads while keeping you in comfort as well as trademark style".

The headwear first attracted public attention last winter, when it was presented at a fashion show by a white model.

By 18 May, Gucci hadn’t responded to criticism regarding their creation, according to AP.

News of this development left a number of social media users less than thrilled about this Gucci headwear.

This is an insult to Sikhs who takes the turban as a artifact of faith. Silly thing to do.

Gucci at it again, we still haven't forgotten about your gollywogesqe jumper now you wanna roll out pre folded/tied sikh turban like it's "just a hat", pick your ignorance up off the floor it just fell out again. Screw you Gucci #noshame #culturalappropriation pic.twitter.com/a0ZijSrLNX

Thank you @Nordstrom for stopping the sale of this “turban”!

If there is anything I can do for you I will be very happy to do so.

….are we all just going to ignore the fact that "turbans" have been a non-religious fashion accessory for, like, forever?

Looks like me after I wash my hair… personally I think the PC stuff needs to calm down. It’s gone so far it’s flipped in a lot of areas.

​And a number of people seemed to focus their attention on Gucci products in general and their pricing.

$800 for a turban?
That's highway robbery!
You know how many kids you can feed with that?
sheesh people pic.twitter.com/hNjMoT9BnI

Who thinks buying Gucci is a good idea??