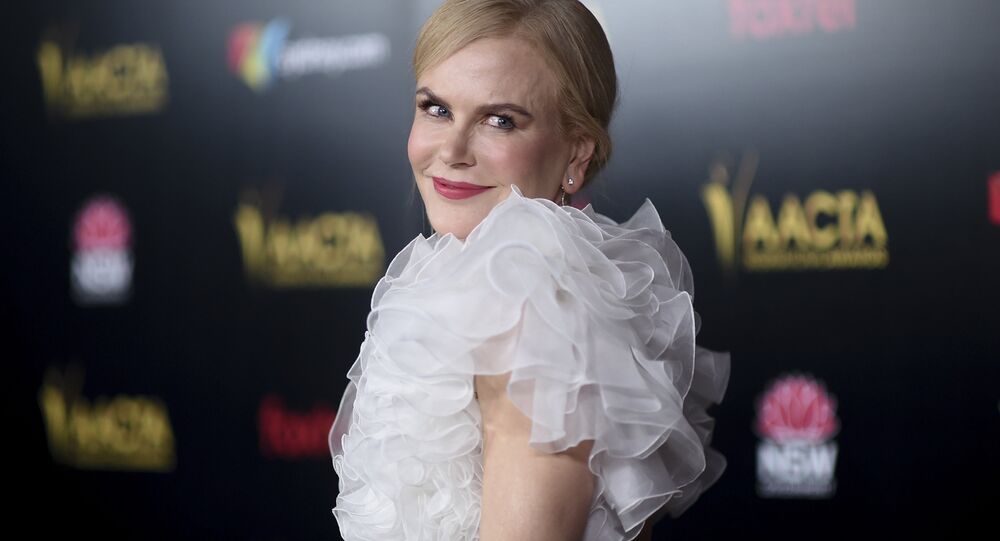 The movie star pointed out that her views don’t veer into "absolutism", as her father always taught her that tolerance is the most important thing.

During her recent interview with Vanity Fair magazine, famous Hollywood actress Nicole Kidman offered an insight into the spiritual life and habits of her family, and described how others react to it.

As Kidman explained, she, her husband Keith Urban, and their daughters "go to church as a family", and a lot of her friends tease her for it.

"That’s how we are raising our children. Keith has his own beliefs but he comes, too. I had a very Catholic grandmother, and I was raised praying, so that had massive impact", Kidman said.

© AFP 2019 / ARIS MESSINIS
Church in US Apologises After Pastor Tells Kids to Spit on, Cut Him During Easter Lesson
She also noted that she wouldn’t call her religious views "absolutism", as there’s "constant questioning" on her part, describing herself as "a wilful, feisty girl".

"For me it’s very important that I don’t have judgment. My dad would always say, ‘Tolerance is the most important thing’", she added.