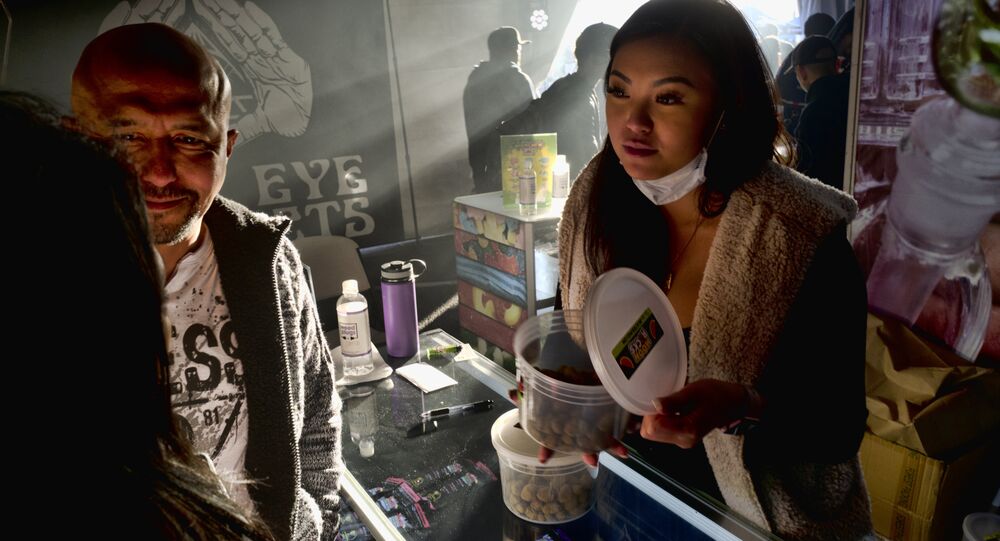 Not Cool, Man: Unregulated US Hash Oil Factories Going Up in Smoke

As more US states legalize marijuana, a growing number of explosions and fires are taking place at cannabis factories, suggesting that the marijuana industry’s lack of safety protocols and regulations may be slowing the growth of what has become a national movement.

"The extraction process is continuing to evolve," Raymond Bizal, director of California and Oregon regional operations for the National Fire Protection Association, recently told Politico. "The fire-safety industry has to play catch-up."

Most US states in which marijuana is legal have not outlined safety and health guidelines for the industry. According to Politico, the National Institute for Occupational Safety and Health (NIOSH) — a branch of the US Centers for Disease Control and Prevention (CDC) — responsible for researching work-related diseases and injuries, has held just two hazard evaluations of marijuana facilities in the US. Neither one of the evaluations looked into the extraction of hash oil and its potential risks.

Extracting hash oil from cannabis is particularly dangerous as it involves pouring butane or another highly-flammable solvent into a cannabis-filled container. The solvent removes the THC, the psychoactive ingredient in marijuana, from the cannabis. The remaining hash oil is then added to items like chocolate, butter, tea or hash-oil vape pens for consumption or smoking. In 2017, the US Drug Enforcement Agency (DEA) claimed that there were fires or explosions in an estimated 10 percent of all illegal hash oil extraction labs across the US.

Hash-oil processing "can be done safely [when it is] done properly and following the rules and regulations," Bizal recently told Politico.

Some states, including Colorado, California, Michigan, Oregon, and Washington, do have health and safety guidelines in place. However, they are not yet comprehensive, a potential risk given the increase in medical and recreational marijuana sales.

In 2018, there was an estimated $10.4 billion worth of medical and recreational marijuana sales in the US, according to New Frontier Data. Profits are expected to reach $40 billion by 2021.

After a series of explosions in Colorado marijuana facilities, the National Fire Protection Association revised their code to detail that a hash-oil extraction process must occur in a non-combustible room or building where there are no children or healthcare facilities.

The revised code also states that staff members must be properly trained on how to use extraction equipment as well as decreeing that the extraction room must contain gas detection and fire extinguishing systems.

According to some labor unions, however, state governments are licensing producers at a faster rate than the state is able to inspect production facilities for safety violations. In addition, union leaders claim that employees at marijuana factories should be certified on how to properly use equipment to prevent accidents.

In Arizona last year, a fire took place at a medical marijuana facility after an employee did not properly store butane.

"This is something fire departments and law enforcement and city code officials will have to deal with," Fire Captain Mark Dillon of Coolidge, Arizona, told ABC's Nick Ciletti at the time of the incident.

In December, California's occupational safety and health agency fined a cannabis manufacturer a hefty $50,470 after an explosion burned an employee who was using propane to extract hash oil, Politico reported.