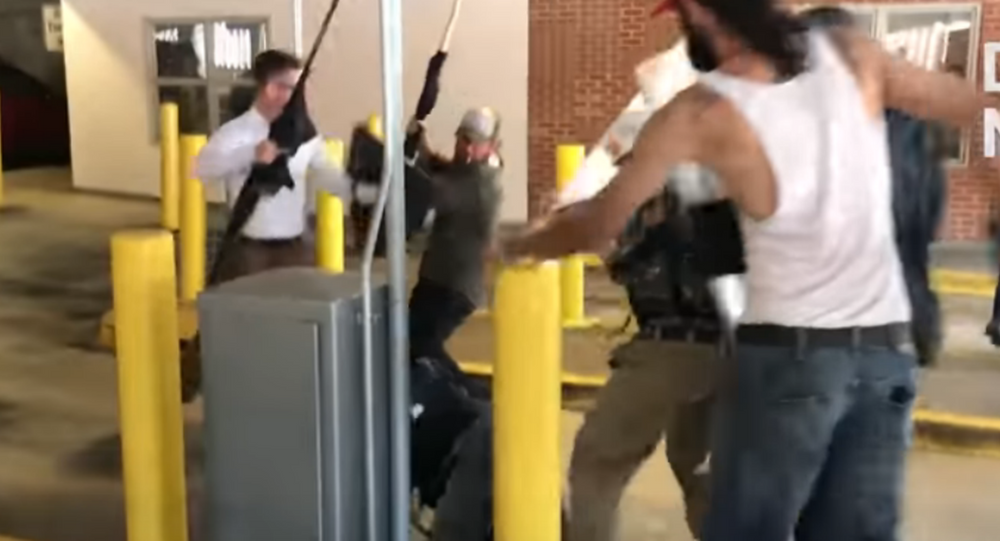 On Monday, an Ohio man, Daniel Borden, was sentenced to just under four years in prison for beating a young black man, DeAndre Harris, during a white supremacist “Unite the Right” rally in Charlottesville, Virginia, in August 2017.

On Monday, Borden appeared at the city's Juvenile and Domestic Relations Court for a sentence hearing where he was sentenced by Judge Richard Moore to three years and 10 months in prison.

Borden was one of the four men charged in the beating of Harris in a downtown Charlottesville parking garage with a 6-foot wooden plank after they "exchanged words" with him.

Borden entered an Alford plea to malicious wounding on May 21, 2018. The Alford plea is a plea of a defendant who claims he is innocent of the crime but proclaims that the prosecution has sufficient evidence to prove that he is guilty beyond a reasonable doubt.

During the hearing, Borden described the incident as a "bad call and a horrible mistake" and asked for forgiveness from Harris and his family.

"As with all prosecutions surrounding the August 12, 2017, attack of DeAndre Harris, this office is hopeful that today's outcome brings some measure of solace and closure to him and the community at large," Charlottesville Commonwealth's Attorney Joseph Platania said after Borden was sentenced, CBS News reported.

"For context on the sentence, it is the shortest active sentence given so far… For a bit of broader context on sentencing for cases related to Unite the Right, the stiffest sentences have all gone to white supremacist demonstrators, and the counter-protesters who have faced charges generally face shorter sentences (or in many cases just fines)," John Tiernan Low, an activist who lives in Charlottesville, told Sputnik Tuesday.

The assault, which was captured on video, sparked national outrage, and depicts Harris being kicked and struck with planks and poles by several men. Harris suffered multiple bruises, a fractured wrist and a skull fracture that required seven staples.

"A lot of statements made in court during trials this past summer referenced how Unite the Right tarnished Charlottesville's reputation, and [the] court's responses to 'uncivil' behavior were part of the process of repairing Charlottesville's good image."

In the video, Borden was identified by his white construction helmet bearing the moniker "Commie Killer." He can be seen hitting Harris with the plank multiple times before it finally snaps. According to the prosecution's assessment, Borden appeared "gleeful" while assaulting Harris.

Before sentencing, Borden's parents testified on their son's behalf.

"I absolutely do not think my son did anything wrong," Borden's father Rick, a retired Air Force pilot, is quoted as saying, also adding that his son learned from him that communists were the "mortal enemy."

"As far as Borden's father's comments go, I think they're just one more piece of evidence that this kind of extremism isn't new. It's taking new forms and spreading in different ways, maybe, but the younger Borden's beliefs didn't come out of thin air, and he probably wasn't radicalized to the point of attending a white supremacist rally in the short span of a year. It's kind of an old message, really," Low added.

Jacob Scott Goodwin and Alex Michael Ramos were found guilty by a jury for assaulting Harris. They were sentenced to eight and six years in prison, respectively. A third man involved in the attack, Tyler Davis, will go to trial in February.

On August 12, 2017, white nationalists demonstrated against the city of Charlottesville over its plans to remove a statue of General Robert E. Lee, commander of the Confederate States Army in the American Civil War. The protesters clashed with counter-protesters.

During the protest, white nationalist James Alex Fields rammed his car into a crowd of counter-protesters killing Heather Heyer and injuring 19 others