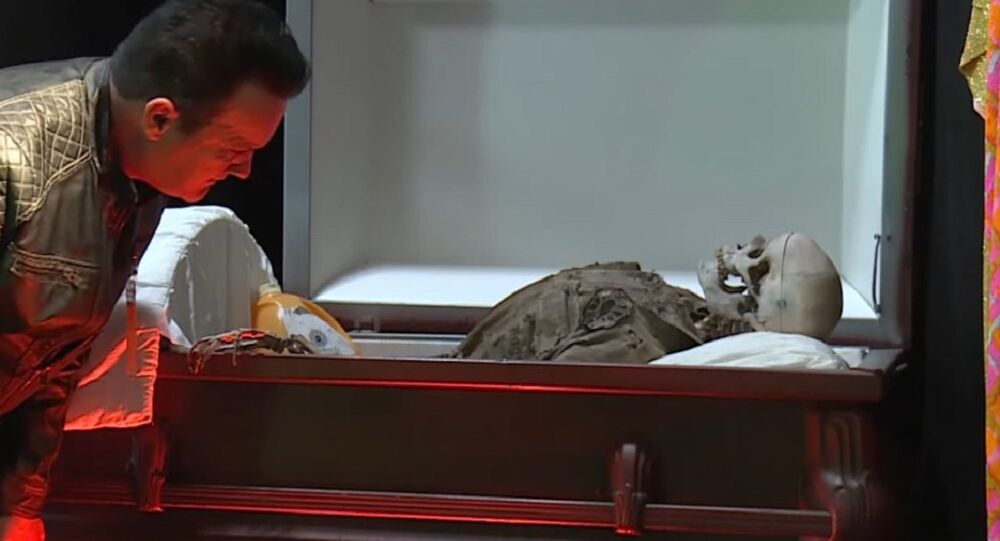 Twin Peaks, David Lynch's quirky serial drama, became an instant classic when it first aired in 1990 and has since had a tangible impact on pop culture. The launch of a third season in 2017 marked the rebirth of the series after a 25-year hiatus - and made it clear that fans have nott lost their interest in the head-scratching TV masterpiece.

The casket of Laura Palmer, the girl whose murder was the core mystery of the original Twin Peaks series, has been put up for auction at a prop store in Valencia, California alongside other TV memorabilia.

The coffin was featured in the third episode of the iconic TV series, in Laura's funeral scene. The hand-painted red aluminium casket can be yours for between $2,000 and $3,000.

According to the auction host, the lucky die-hard Twin Peaks fan or collector will be able to use it for a variety of purposes — from coffee (or coffin?) table to their own casket.

The casket will go under the hammer on December 1 along with other TV treasures from the collection of museum curator James Comisar, including the likes of Adam West's Bat shield, an acid-burned head from The X-Files, Walter White's bag of "blue meth" from Breaking Bad, and a jug of Dharma Initiative-labelled orange juice from Lost.