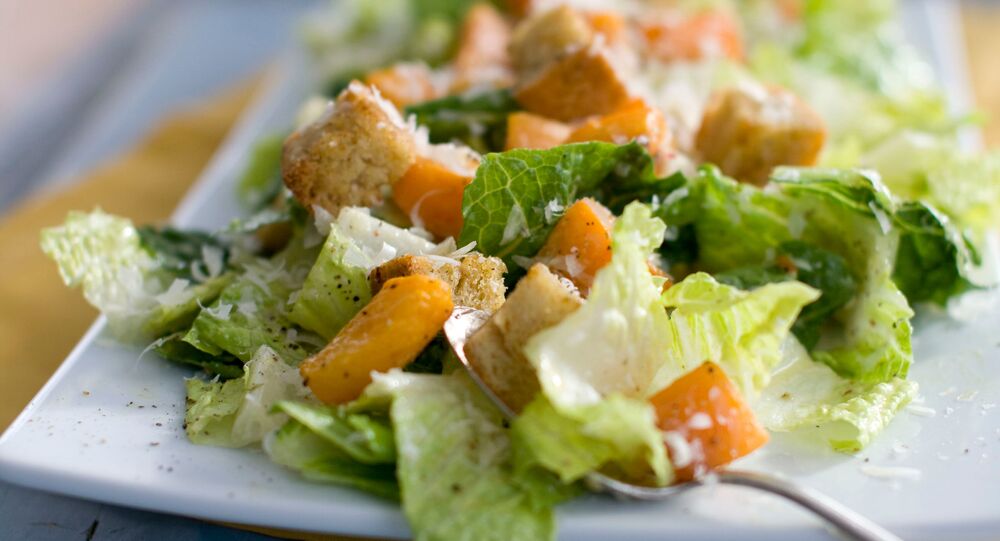 As US consumers prepare to stuff their bellies during the Thanksgiving holiday Thursday, the government has warned everyone to throw out their romaine lettuce immediately following an outbreak of E. coli infections.

The US Centers for Disease and Control Prevention (CDC) broadcast a food safety alert at 2:30 p.m. Eastern time Tuesday, urging Americans to "not eat any romaine lettuce until we know more about this outbreak."

"This investigation is ongoing, and the advice will be updated as more information is available," CDC said.

CDC has advised all restaurants "not serve or sell any" dishes with romaine lettuce.
While no deaths have been reported, the center has registered 32 cases of individuals infected with the "outbreak strain of Shiga toxin-producing E. Coli." The cases have been reported across 11 different states.

No deaths have been reported yet, though 13 people have been hospitalized, and one person has developed a type of kidney failure, according to CDC. The infections were registered between October 8 and October 31.

Throw It All Away: CDC Says Avoid Romaine Lettuce After US E. Coli Outbreak