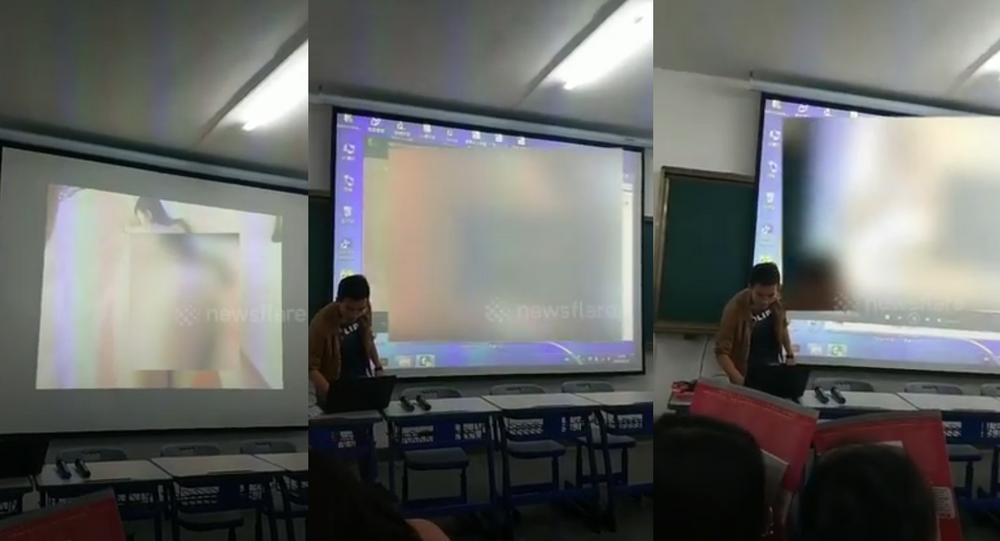 Laughter and shrieks filled a New Taipei City classroom November 4 as a lecturer's leisure time content of choice was broadcast for his entire classroom to see.

Apparently forgetting his previous business on his laptop, the professor carelessly connected his computer to the classroom's projector and the rest was, well, a mess.

The students' uproar is overheard in the 36-second clip, while two girls are also seen covering their faces from the raunchy spectacle. Though blurred, one can see the foul footage showcases through a number of scenes (and positions) in the brief broadcasting period.

It may be a little unfair to judge the professor's reaction to such a cringeworthy incident, but judging by his light jog and use of only one hand to operate the computer, he either felt pretty defeated or perhaps distracted by the familiar video.

To makes matters worse for the educator, the embarrassing experience has been immortalized online, thanks to one student selling the footage to video licenser Newsflare. According to the website, it's "not clear whether the incident was reported to the university or if any measures were taken against the lecturer."

Hurry Up, Class! Adult Penguin Leads Pack of Chicks Just Like a Teacher